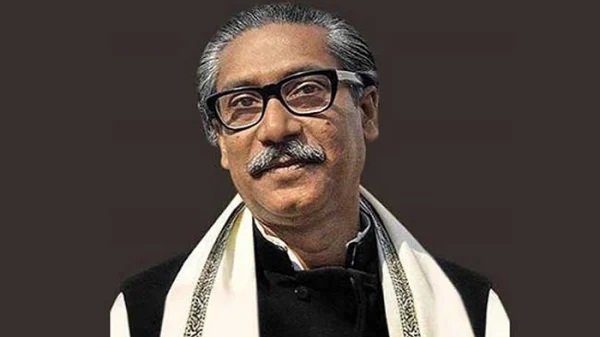 DHAKA, Aug 12, 2022 (BSS) - A severe level of disorder was created in army due to wrongdoings of disgruntled junior military officers within a month after the assassination of Bangabandhu and most of his family members on August 15, 1975.

As the disgruntled military officers, who killed Bangabandhu, made Ziaur Rahman as army chief who was weak to these officers.

That's why Zia couldn't dare to take any action against the killers who violated military chain of command.

Allegations were also raised against some military officers over forcibly realizing money from pro-Awami League businessmen by carrying out torture on them.

They also looted some valuables from Dhanmondi 32 residence of Bangabandhu. Sacked Major Bazlul Huda, one of the killers of Bangabandhu and most of his family members, was also involved with that looting.

As he participated in the 1971 Liberation War and served as army officer, he witnessed many sensational incidents. Bangladesh Army is accordingly connected with the country's history. This force progressed to a pro-people force through the Liberation War.

Responding to the call of Bangabandhu as many as 25 Bangalee officers serving at Pakistan Army instantly declared solidarity with Bangladesh Liberation War against Pakistan government in March 1971. Major (retd) Hafiz Uddin was one of them.

Some disgruntled military officers brutally killed Bangabandhu and most of his family members on August 15, 1975, which is considered the darkest chapter of the country's history. Army chain of command was out of order then.

These scenarios were portrayed thoroughly in the autobiographic book of Hafiz Uddin Ahmed.

He wrote some military officers tortured pro-AL businessmen after dragging them to Radio station and money was snatched away from them.

They tortured noted businessmen Abidur Rahman and forced him to sign some cheques.

Besides, AL leaders like Tofail Ahmed and Abdur Razzaq were physically tortured. Tofail's private secretary Shafiqul Alam Mintu, a BCS admin cadre officer of the 1973 batch, was beaten to death at Radio station and his body was hidden.

Talking to BSS earlier, Bangabandhu's political secretary and Awami League advisory council member Tofail Ahmed also alleged that one of the convicts in Bangabandhu killing incident sacked captain Abdul Majed, who had been executed in 2020, was also behind the killing of Tofail's elder brother Ali Ahmed in Bhola and his (Tofail) private secretary Shafiqul Alam Mintu.

Bazlul Huda was among the looters. "One or two officers and soldiers looted some valuables from the President's Dhanmondi 32 number residence. Young officers asked Bazlul Huda various questions after noticing a gold crown of Sheikh Kamal's wife in his hands at military officer's mess. He (Huda) couldn't reply properly" reads the book of Hafiz.

Besides, disgruntled officers often called the government secretaries at Bangabhaban and issued various directives which were completely out of their jurisdiction, he wrote.

As a result, government officers also got panicked.

Allegations against those officers were placed to the then army chief Ziaur Rahman but he didn't take any action or he took strategy to delay in the name of taking measure.

At this time, a severe allegation raised against sacked military major Shahriar. Shahriar made indecent behaviors with a defence ministry officer's wife. Besides empowered by Tank Regiment, disgruntled officers continued making various wrongdoings. Colonel Shafayat informed Zia that if he got order, he would be able to take actions against tank force. But Zia asked him to wait for two-three months.

Earlier in mid September, Ziaur Rahman issued an order to bring back rest of all tanks to cantonment after keeping three tanks, which was under the control of killer military officers, at Bangabhaban.

But tank regiment led by Farooq disobeyed the order. Ziaur Rahman withdrew the order after seven days in case of protecting his image.

But he couldn't dare to take any action against those. August 15 carnage was fearful for all. Besides, the killers made him army chief, so he was weak to them a little bit as well.

Error!: SQLSTATE[42000]: Syntax error or access violation: 1064 You have an error in your SQL syntax; check the manual that corresponds to your MySQL server version for the right syntax to use near 'WHERE news_id=76864' at line 3