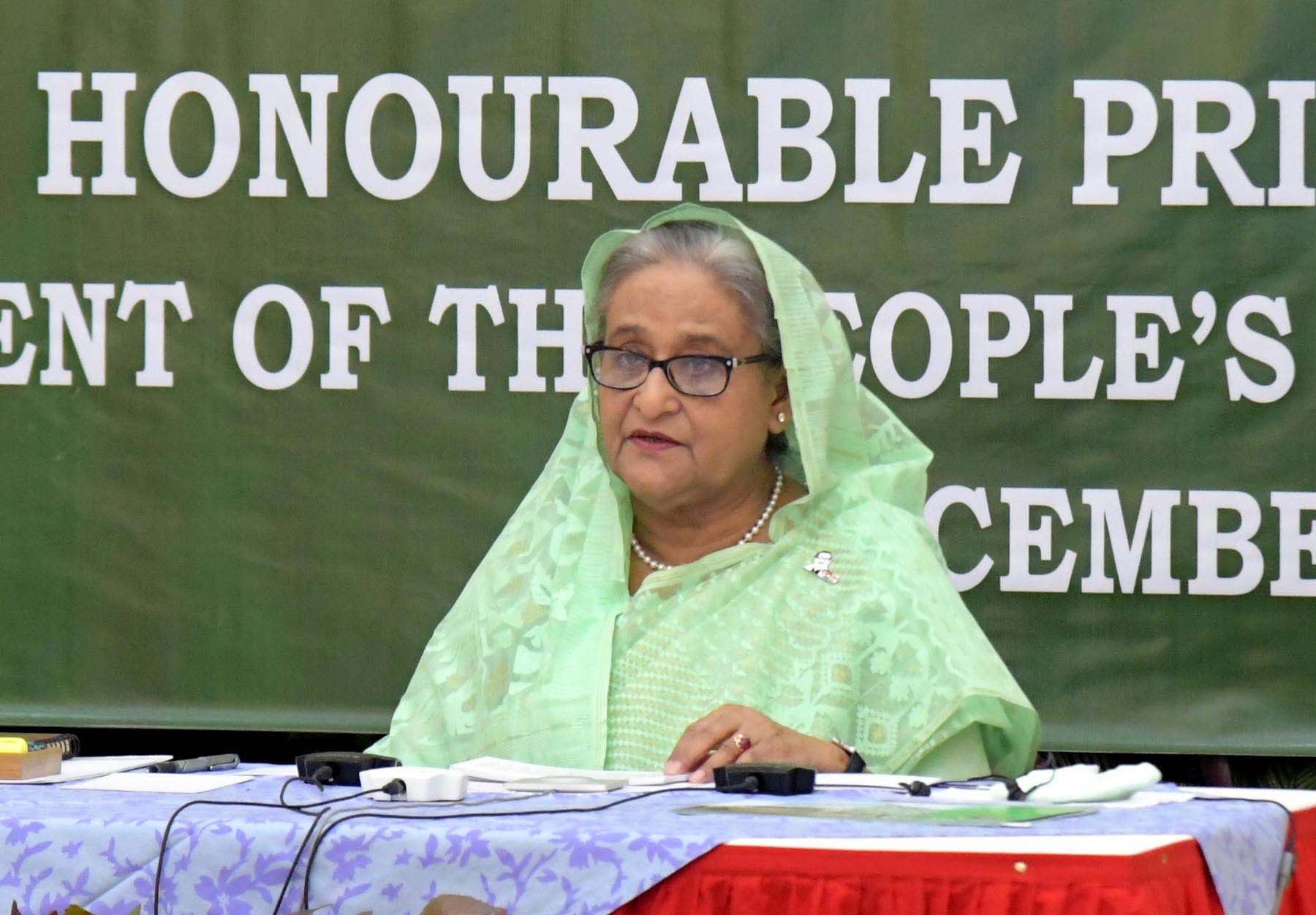 Armed Forces personnel would continue to work as "frontline soldiers" in
implementing the Perspective Plan-2041.

"I would like to say to the members of our Armed Forces that, you, being
imbued with patriotism, will continue to work as 'frontline soldiers' in
implementing the Perspective Plan-2041, and I hope this," she said.

"In 2071, the country will celebrate the centenary of our independence (and
we have to) move ahead keeping it in mind," she said.

The premier said Bangladesh will never go back (rather) it will move
forward to be a hunger-and-poverty-free developed and prosperous 'Sonar
Bangla' as dreamt by Father of the Nation Bangabandhu Sheikh Mujibur Rahman.

Sheikh Hasina said the members of the armed forces are always ready for
supreme sacrifice in any crisis alongside protecting the country's
sovereignty.

She said they participated in different activities as frontline fighters in
facing the Covid-19 pandemic and earned acclamation for their works.

Armed forces personnel have been working sincerely in the infrastructural
and socio-economic development of the country along with facing natural
disasters aptly, she added.

So far, 383 members of the Armed Forces from 24 friendly countries have
received higher education and training at the NDC.

The prime minister also remotely distributed certificates among the
graduates.

Chiefs of the three services and the NDC commandant and its faculties were
present at the event.

of Bangladesh abroad by extending expertise and maintaining dedication in
Peace Building and Peace Enforcement, including meeting the challenges of UN
Peacekeeping Missions.

She said Bangladesh has once again been able to retain its glorious
position as the highest peacekeeper sending country.

In this connection, Sheikh Hasina said her government's endeavour is to
provide time befitting training and modern equipment to the members of armed
forces so they can run their activities in keeping pace with the developed
world.

She continued the Navy has state-of-the-art corvettes, frigates,
submarines, and maritime helicopters and formed the SWADS as a specialized
force. "In addition, we are building new naval and submarine bases," she
said.

The premier said her government has established Aviation and Aerospace
University and built the Forward Aviation Base and the Air Defence
Notification Center.

"In addition, we have transformed CMHs across the country into state-of-
the-art hospitals alongside five medical colleges," she said.

The prime minister mentioned that they have been implementing short,
medium, and long-term plans to form a trained and up-to-date military force
after winning three consecutive elections since 2008.

She said there has been a far progress in modernizing, expanding, and
developing the Armed Forces through implementation of the "Forces Goal, 2030.

Sheikh Hasina added: "We have formulated the 'National Defence Policy,
2018' updating the Defence policy prepared by the Father of the Nation."

She also briefly highlighted the initiatives taken by Bangabandhu for the
development of the armed forces such as establishment of the Bangladesh
Military Academy in Comilla Cantonment in 1972, procurement of warships for
the Navy from India and Yugoslavia, state-of-the-art supersonic MIG-21
fighter jets, helicopters and transport aircraft, and air Defence radar for
the Air Force alongside formulating Defence Policy in 1974.

The prime minister said her government's goal in establishing the National
Defence College (NDC) was to build an apex training center for high-level
military and civilian officers at home and abroad.

"Today, I can say with satisfaction that NDC has been able to reach its
goal," she said.

She also stated that the high-ranking military and civilian officers from
home and abroad are showing their highest professionalism and efficiency in
their respective fields by taking training from this institution.

She noted, "Along with projecting Bangladesh in the world, it (NDC) is
taking relations with the armed forces of friendly countries to new heights."

The head of the government said the graduates have learned about social,
political, cultural, economic, and international relations at NDC, including
national security challenges and future strategies, which will undoubtedly
help them gain leadership in the workplace.

"In these two courses, I hope that the intensive interaction between our
military and civilian officers and their counterparts from our friendly
countries and their attachment with our nature and the people will remain
intact in the future," she opined.

Referring to the United Nations' unanimous approval of the proposal to
graduate Bangladesh from a Least Developed to a Developing country, she said
at present, the size of the economy of Bangladesh is US$ 411 billion while
the poverty rate is below 20.5 percent and per capita income raised to US$
2,554.

"We could have cut down the poverty rate to 17-18 percent, but the Covid-
19 pandemic has slowed it," she said.

About framing Delta Plan-2100, Sheikh Hasina said they have adopted this
plan so that generation to generation, not only in cities but also in
grassroots level, would get an improved and smooth livelihood.