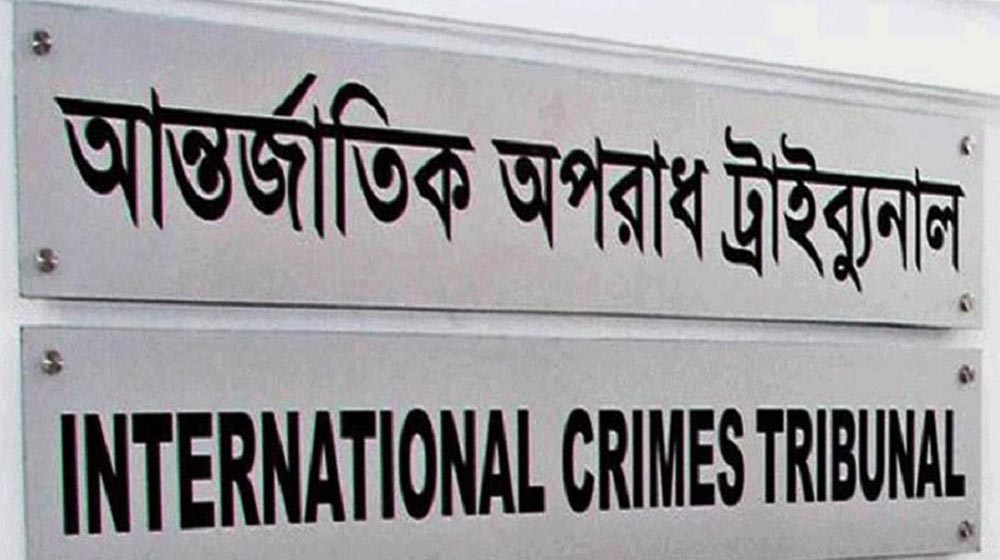 A three-judge ICT-1 panel headed by Justice Md Shahinur Islam passed the
order as all the three charges framed against him were proved beyond any
reasonable doubt.

Abdul Momin Talukder, notoriously known as Khoka Razakar in 1971, is yet
to be arrested and was tried in absentia. Momin, however, was defended by a
state-appointed counsel during the trial.

The tribunal read out the summary of the 201-page judgement and
sentenced the Razakar leader to death at around 11.40am.

The tribunal on October 31 kept the judgement on CAV, curia advisory
vault (a Latin legal term, meaning court awaits judgement) as both the
prosecution and defence concluded their arguments in the case on that day. On
November 22, the tribunal through a short order had set today to pronounce
the judgement.

Freedom Fighter Subid Ali from village Kayetpara under Adamdighi upazila
filed the case against Momin in 2011.

The probe body of the ICT on May 3, 2018, had filed its 714-page
investigation report on his crimes against humanity with the prosecution
office, and the tribunal in the same month accepted the charge-sheet against
Momin.

The tribunal on April 11, 2019, framed three charges against Momin.

Momin, notoriously known as Khoka Razakar in 1971, killed 10 people in
village Kolsha on April 22, 1971. He along with his men from Razakar Bahini
plundered 16-17 houses in village Kashimala from October 24 to 27, 1971, and
shot five innocent people to death.

Momin, his men and their masters in the Pakistan occupation army, raided
village Talshon under Adomdighi upazila on October 25, 1971, and gunned four
Freedom Fighters.

A total 15 prosecution witnesses testified against him and 13 of them
were cross-examined by the state-appointed defence counsel.

Momin's father Abdul Mazid Talukder was the president of Adamdighi thana
Muslim League in 1971. Momin himself was an active member of Muslim League in
1971 and became commander of the local Razakar Bahini as his father formed
the group in the locality as the war started. Momin went into hiding after
the War of Liberation and joined BNP in 1978. He became a lawmaker from the
party twice, in 2001 and 2008.

Currently he is the vice-president of the Bogura district unit BNP.