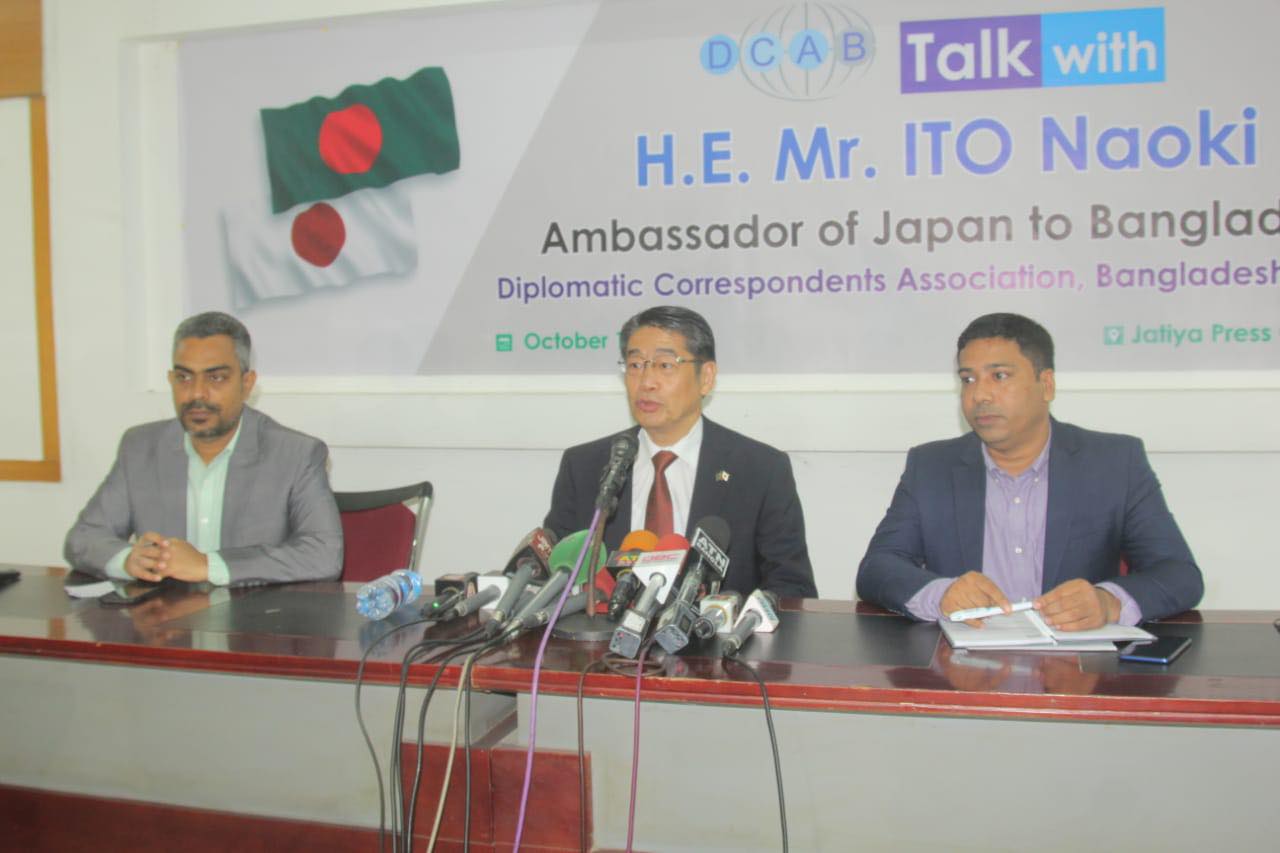 "This is a great achievement and great efforts by the (Bangladesh) government and its people," he said while addressing the "DCAB Talk" at the Jatiya Press Club (JPC) here.

Mentioning that Japan has so far donated three million doses of AstraZeneca vaccine to Bangladesh, the envoy expressed his satisfaction over effective utilization of those jabs here.

Japan will send more COVID-19 vaccine to Bangladesh under COVAX framework in November, he added.

The ambassador said Japan will keep itself engaged with Myanmar for commencing the repatriation process of forcedly displaced Rohingyas from Bangladesh to Rakhine.

However, he said, it is very difficult to predict in which direction the situation in Myanmar is going.

The Japanese ambassador observed that the international community needs to put more pressure on Myanmar in resolving the Rohingya crisis. "Repatriation (of Rohingyas) is very important," he added.

He hoped that the foreign direct investment (FDI) flow from Japan would be increasing in Bangladesh as more Japanese companies have been showing interest to invest here.

The envoy said Japan has been assisting Bangladesh in counter terrorism while Tokyo is set to donate patrol vessels to Bangladesh Coast Guard in November.

He said Tokyo would step up to build further pragmatic cooperation with Dhaka.

Japan has been contributing in large-scale infrastructure development in Bangladesh that would make a big difference within five years, he added.