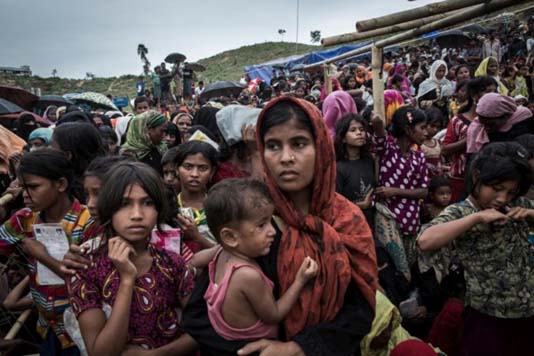 DHAKA, June 20, 2021 (BSS) – Bangladesh has expressed “deep disappointment” over the new United Nation General Assembly (UNGA) resolution on Myanmar as it failed to recommend actions on repatriation of the Rohingyas.

“The UNGA resolution failed to adequately reflect on the Rohingya crisis and recommend any actions to resolve that crisis,” according to a press release received here yesterday.

The resolution on the ‘Situation in Myanmar’ was adopted by the UNGA on Friday with 119 votes in favour, 01 against and 36 abstentions focusing on the current democratic crisis in that country.

The resolution focused current democratic crisis of Myanmar that included declaration of emergency, and detention of its political leader, calling for restoration of democracy, while recognizing the central role of ASEAN, said the release issued by Bangladesh Permanent Mission to the UN in New York.

It, however, said the resolution did not include any recommendations or actions on the issue of repatriation of the Rohingya Muslims to Myanmar.

“Neither does it recognize or stress the need for creating a conducive environment in Rakhine for the safe, sustainable and dignified return,” the release said.

“As such fundamental issues were not included in the resolution, therefore Bangladesh decided to abstain,” the release mentioned.

Some key OIC members as well as some ASEAN and SAARC members also abstained, it added.

A large number of countries spoke after the adoption of the resolution, and they all commended Bangladesh’s tremendous sacrifice and contribution to hosting the Rohingyas.

Bangladesh Permanent Representative to the UN Ambassador Rabab Fatima in her explanation of vote, expressed dismay at the resolution, which she said, fell short of expectations and would be sending a wrong message.

She said that the failure of the international community in addressing the crisis creates a “sense of impunity” in Myanmar.

The resolution was initiated by a core group of UN member states including the USA, the UK, Canada and the EU.

The core group finalized the resolution in consultation with ASEAN members, who recently held a Leaders’ Meeting in Jakarta. The Myanmar military leader attended the meeting.

The UNGA resolution welcomed the five-point consensus reached at the Leaders’ Meeting and called for its quick implementation.

The Bangladesh Permanent Mission said that this UNGA resolution, which has been initiated under the agenda item “prevention of armed conflict”, is separate from the annual 3rd committee ‘resolution on the situation of human rights of the Rohingya Muslims and other minorities in Myanmar’.

The 3rd committee resolution on the Rohingya Muslims is spearheaded by Bangladesh along with the OIC and the EU which is usually tabled in October during the annual UNGA session, and enjoys strong support of the wider membership of the UN, said the release.