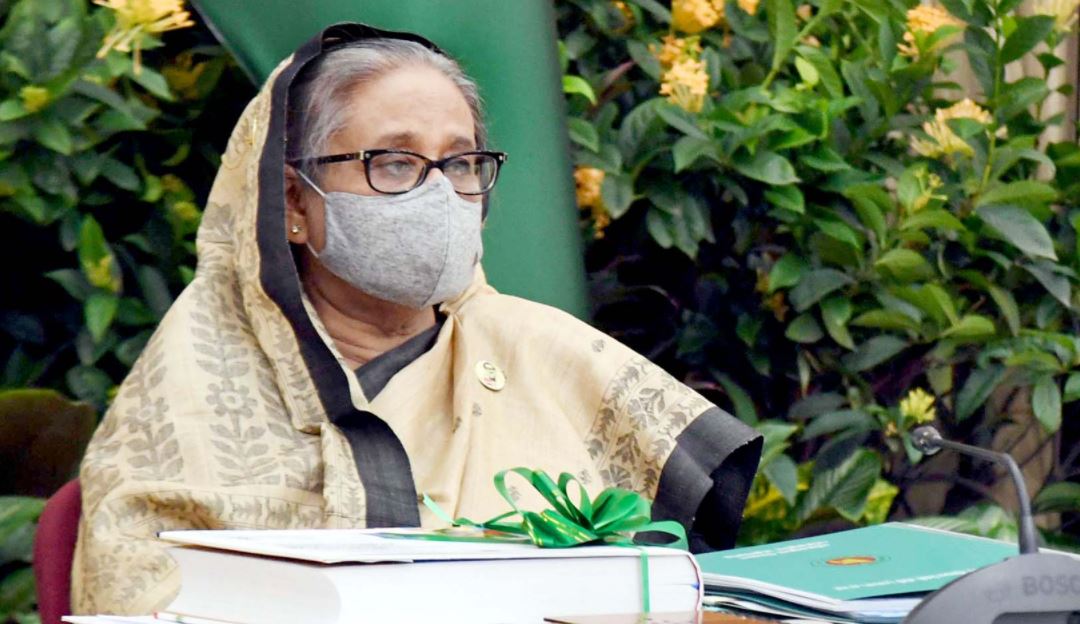 DHAKA, Sept 7, 2021 (BSS) - The government today approved a Taka 4,300
crore project to groom the country's youth folk, women and disadvantageous
section of people suitable for getting employed and thus build themselves as
demand-based workforce of the country.

The approval came from a meeting of the Executive Committee of the
National Economic Council (ECNEC) held today with its Chairperson and Prime
Minister Sheikh Hasina in the chair.

The Premier joined the meeting virtually from her official Ganobhaban
residence while Ministers, State Ministers, Planning Commission Members and
Secretaries concerned attended the meeting from the NEC Conference Room in
the city's Sher-e-Bangla Nagar area.

"Of the total project cost, Taka 5,009.72 crore will come from the
government of Bangladesh portion while the rest of Taka 2,580 crore as
project assistance," he added.

Of the approved eight projects, six are new while two others are revised
projects.

The Department of Technical Education under the Technical and Madrasah
Education Division will implement the "Accelerating and Strengthening Skills
for Economic Transformation (ASSET)" project with around Taka 4,300 crore by
December 2026, the Planning Minister said.

Of the total project cost, around Taka 1,720 crore will come from the
government of Bangladesh portion while the rest of around Taka 2,580 crore as
project assistance from the World Bank.

Mannan said there is a lack of skills among the workforce in the country
and to overcome that the government had implemented various projects.

The ASSET project will equip more than one million youth and workers with
skills needed for the jobs of the future. The project will help youth, women
and disadvantaged groups, including people with disabilities, learn skills
and connect them to the labor market. The project will also help accelerate
recovery from the pandemic by supporting industries to retrain their workers.

Planning Commission officials said the project will help modernize and
build resilience of the technical vocational education and training sector in
Bangladesh.

The project will benefit further the informal sector workers through
expanding the Recognition of Prior Learning (RPL) programme, the official
added.

The day's ECNEC meeting also approved a Taka 1,142.27 crore project to
construct some 3,040 residential flats for the cleaning workers of 66
Pourasabhas of the country.

Answering to a question, Planning Commission member Mamun-Al-Rashid said
the government is committed to ensure civic facilities to the cleaning
workers.

He said although the Premier was initially fully against realizing rent
from the cleaning workers, but following a request from the LGRD Minister Md
Tajul Islam to realize minimum rent for the maintenance of the flats, the
Prime Minister agreed.

But, it was also the expectation of the Prime Minister that not so much
amount will be collected from the cleaning workers, Mamun added.

The Planning Minister said that the Prime Minister Sheikh Hasina stressed
again that the industrial and household wastes are treated properly before
entering rivers.

In this regard, the premier asked the authorities concerned especially the
industrial owners for ensuring to set up CETPs and ETPs for treating wastes
and averting pollution.

She also suggested for installing goods scanner and body scanner machines
at the Hilly, Burimari and Banglabandha LC stations.

Dr Alam said the Prime Minister stressed the need for taking necessary
measures so that the rivers in the entire city Corporation areas are not
polluted side by side suggested for building a circular alleviated walkway
around the capital in future.

Apart from stressing again on dredging of rivers, Dr Alam said the Premier
mentioned that shrimp farmers often cut embankments in Gabura and Shyamnagar
areas in the coastal areas to bring water.

Under the circumstances, the Prime Minister suggested for devising the
drainage system of water there in such way so that water could be drained in
and thus drained out as per the requirements, Alam added.

The other projects approved in the meeting are Construction of physical
infrastructures at Hily, Burimari and Banglabandha LC Stations with Taka
80.61 crore, Erection of pillars along the bank of Buriganga, Turag,
Shitalakhya and Balu Rivers, protection of embankments and construction of
walkway, jetty and ancillary infrastructures, second phase (first revised)
with an additional cost of Taka 332.55 crore, Construction of Bangabandhu
Sheikh Mujibur Rahman Novo theatre, Rangpur with Taka 417.65 crore,
Strengthening capacity of regional lentil research center in Madaripur and
boosting production of lentil production at greater Barishal and Faridpur
regions with Taka 168 crore, Development of reclaimed land from the River
Jamuna in Sirajganj and thus protecting proposed economic zone (first
revised) with an additional cost of Taka 128.22 crore and Rehabilitation of
Polder No 15 of Satkhira district with Taka 1020.43 crore.