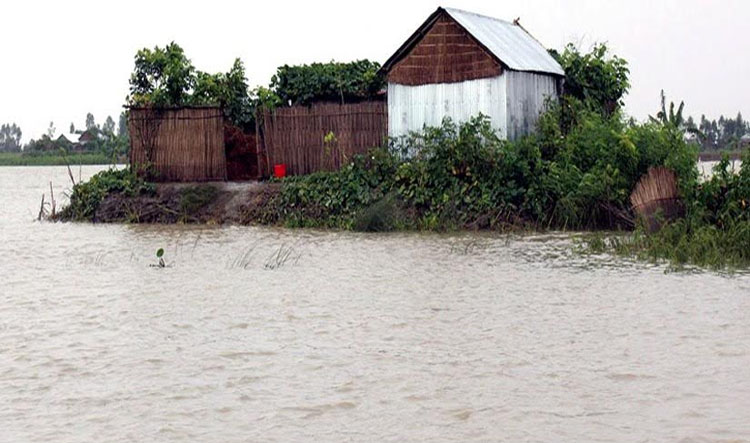 RANGPUR, Sept 5 2021 (BSS) - The flood situation continued improving
during the last 24 hours ending at 9am today with sharp falls in water levels
of major rivers in the Brahmaputra basin.

Bangladesh Water Development Board (BWDB) officials said water levels of
major rivers marked sharp falls at all points and were flowing above the danger level (DL) today at eight points in the  basin.

"Currently, riverbank protection works are continuing at several
vulnerable points alongside major rivers in the Brahmaputra basin where the
flood situation might continue improving during the next 72 hours," Ghosh
added.

BWDB officials said water levels of the Dharla marked a fall by 17cm at
Kurigram while Brahmaputra marked a sharp fall by 26cm at Chilmari points
during the last 24 hours ending at 9 am today.

Besides, water levels of the Jamuna marked sharp falls by 23cm at
Fulchhari and 18cm at Shaghata in Gaibandha, 25cm at Bahadurabad in Jamalpur,
15cm at Sariakandi, 10cm at Sirajganj and by 7cm at Kazipur points in
Sirajganj during the period.

However, the Jamuna was still flowing above the DL by 25cm at Fulchhari
and 12cm at Shaghata, 34cm at Bahadurabad, 53cm at Sariakandi, 60cm at
Kazipur and 57cm at Sirajganj points at 9 am today.

Talking to BSS, Executive Engineer of BWDB for its Kurigram Division
Ariful Islam said riverbank protection works are continuing at some
vulnerable points alongside major rivers in the district.

Officials of the Department of Agricultural Extension (DAE) said
floodwater has submerged standing crops on over 30,000 hectares of land in
low-lying areas of Rangpur agriculture region alone till Saturday.

"The extent of crop damages would be less as floodwaters started
receding in a shorter period from submerged croplands in Rangpur, Kurigram,
Gaibandha and Lalmonirhat districts," said Additional Director of the DAE's
Rangpur region Bidhu Bhusan Ray.

Similarly, the district administrations are continuing relief activities
in other flood-affected northern districts in the Brahmaputra basin where the
flood situation continues improving rapidly.