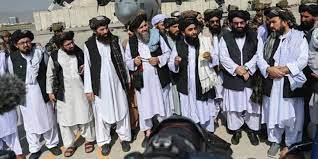 KABUL, Sept 3, 2021 (BSS/AFP) - The Taliban were expected to form a government as early as Friday with the new regime under intense international scrutiny over its vow to rule Afghanistan with greater tolerance, especially on women's rights.

The announcement of a new administration could be made after Friday afternoon prayers, two Taliban sources told AFP, as the Islamists shift gears from insurgent group to governing power, days after the United States fully withdrew its troops and ended two decades of war.

While the West has adopted a wait-and-see approach to the Taliban, there were some signs of engagement with the new leaders gathering pace.

The United Nations said it had restarted humanitarian flights to parts of the country, linking the Pakistani capital Islamabad with Mazar-i-Sharif in northern Afghanistan and Kandahar in the south.

A Taliban spokesman tweeted early Friday that China's foreign ministry had promised to keep its embassy in Afghanistan open and to "beef up" relations and humanitarian assistance.

Western Union and Moneygram said they were resuming money transfers, which many Afghans rely on from relatives abroad to survive, and Qatar said it was working to reopen the airport in Kabul -- a lifeline for aid.

The British and Italian foreign ministers were meanwhile both headed to Afghanistan's neighbours in the coming days to discuss the plight of refugees still hoping to escape the Taliban.

The new rulers have pledged to be more accommodating than during their first stint in power from 1996 to 2001, which also came after years of conflict -- first the Soviet invasion of 1979, and then a bloody civil war.

That first regime was notorious for its brutal and violent interpretation of Islamic law, and its treatment of women, who were forced behind closed doors, banned from school and work and denied freedom of movement.

Now, all eyes are on whether the Taliban can deliver a cabinet capable of managing a war-wracked economy and honour the movement's pledges of a more "inclusive" government.

Speculation is rife about the makeup of a new government, although a senior official said this week that women were unlikely to be included.

In the western city of Herat, some 50 women took to the streets Thursday in a rare, defiant protest for the right to work and over the lack of female participation in the new government.

"It is our right to have education, work and security," the demonstrators chanted in unison, said an AFP journalist who witnessed the protest.

"We are not afraid, we are united," they added.

Herat is a relatively cosmopolitan city on the ancient silk road near the Iranian border. It is one of the more prosperous in Afghanistan, and girls have already returned to school there.

One of the organisers of the protest, Basira Taheri, told AFP she wanted the Taliban to include women in the new cabinet.

"We want the Taliban to hold consultations with us," Taheri said. "We don't see any women in their gatherings and meetings."

Among the 122,000 people who fled Afghanistan in a frenzied US-led airlift that ended on Monday was the first female Afghan journalist to interview a Taliban official live on television.

Speaking to AFP in Qatar, the former anchor for the Tolo News media group said women in Afghanistan were "in a very bad situation".

"I want to say to the international community -- please do anything (you can) for Afghan women," Beheshta Arghand said.

Women's rights were not the only major concern in the lead-up to the Taliban's announcement of a new government.

"With the arrival of the Taliban, it's right to say that there is security, but business has gone down below zero," Karim Jan, an electronic goods shop owner, told AFP.

The United Nations warned earlier this week of a looming "humanitarian catastrophe" in Afghanistan, as it called for those still wanting to flee the new regime to be given a way out.

Italy's foreign minister was due to visit Uzbekistan, Tajikistan, Qatar and Pakistan from Friday to assist Afghan refugees, while his British counterpart was to head to the region next week.

Qatar's foreign minister said on Thursday the Gulf state was working with the Taliban to reopen Kabul's airport as soon as possible.

Turkey said it was also evaluating proposals from the Taliban and others for a role in running the airport.