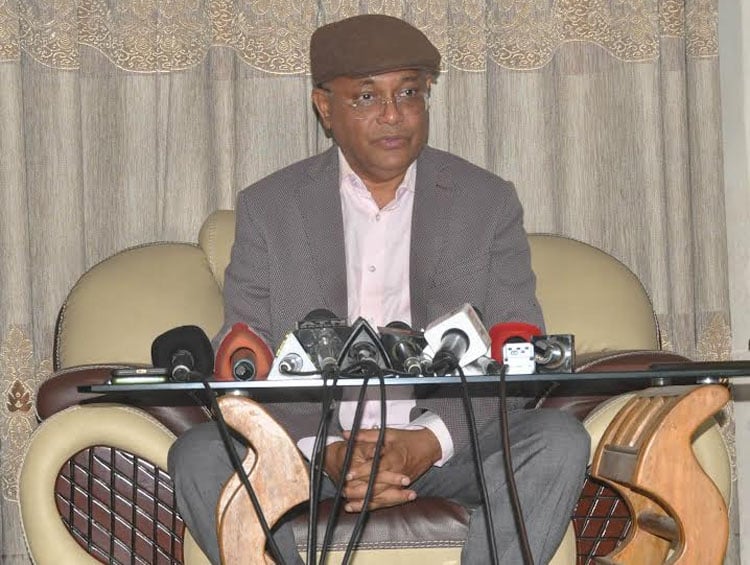 “After hearing the speech of BNP’s secretary general, it seems that they are scared to see Awami League on the streets,” he SAID replying to a query of reporter at his official residence in city’s Minto Road this evening after performing Umrah Hajj.

The minister said Awami League is a party of street whether it is in power or not. And after hearing the speech of BNP secretary general Mirza Fakhrul Islam Alamgir, it seems that they are scared to see thousands of AL leaders and activists on the streets across the country, he added.

Hasan said it is the BNP which killed democracy in the country and the party was born undemocratically. Ziaur Rahman had captured the power through killing Bangabandhu and hundreds of people, he added.

He said Zia had killed hundreds of soldiers without any trial and killed about 22,000 AL leaders and activists to intact his power. Begum Zia followed him, he added.

Twenty-four AL leaders and activists were killed through gruesome grenade attacks on August 21 in 2004 as per the directives of Tarique Rahman and with the knowledge of Begum Zia, he continued.

Replying to another query over the Universal Pension Bill, Hasan said the government under the dynamic leadership of Prime Minister Sheikh Hasina has passed the bill to turn the country into a social welfare state like western European countries.

He said the country's economic growth is appreciated by the World Bank, IMF and the global community. Bangladesh has surpassed India in per capita income during the pandemic and the country became 35th largest economy in the world after 14 years under the charismatic leadership of Prime Minister Sheikh Hasina from its 60th position just in 2009, Hasan added.

About the meeting, Hasan said discussions were held on progressing the country’s film industry. The government has allocated Taka 1000 crore lone for the film industry, he added.