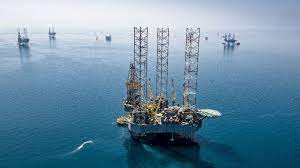 LONDON, Oct 3, 2022 (BSS/AFP) - Major oil-producing nations led by Saudi Arabia and Russia are expected to make this week their biggest output cut since the start of the Covid pandemic in efforts to buttress prices.

Energy prices soared after Russia invaded Ukraine earlier this year, pushing inflation to decades-high levels that have put pressure on economies across the world.

But crude prices have fallen in recent months on concerns over demand amid a slowdown in the global economy.

The 13 members of the Organization of the Petroleum Exporting Countries (OPEC), led by Riyadh, and their 10 allies headed by Moscow will hold on Wednesday their first in-person meeting at the group's headquarters in Vienna since March 2020.

Collectively known as OPEC+, the alliance drastically slashed output by almost 10 million barrels per day in April 2020 to reverse a massive drop in crude prices caused by Covid lockdowns.

OPEC+ began to raise production last year after the market improved -- output returned to pre-pandemic levels this year, but only on paper as some members struggled to meet their quotas.

The group agreed last month on a slight cut of 100,000 bpd from October, the first in more than a year.

Analysts now expect -- and financial media have reported -- that OPEC+ will discuss taking one million bpd out of the market from November at Wednesday's meeting.

"There's been plenty of rumours about how the alliance will respond to the deteriorating economic outlook and lower prices," said Craig Erlam, analyst at trading platform OANDA.

"A sizeable cut now looks on the cards, the question is whether it will be large enough to offset the demand destruction caused by the impending economic downturn," he added.

After soaring close to $140 per barrel in the aftermath of Russia's invasion of Ukraine, oil prices have dropped below the $90 mark.

According to the UBS bank, a cut of at least 500,000 bpd would be necessary to stop the price plunge.

Stephen Brennock, an analyst with PVM Energy, said OPEC+ would "want to reassert its influence" when the group meets this week.

"After all, the producer group has lost control over the oil market in recent weeks," he said.

It remains to be seen how the United States and other major oil consumers will react to any OPEC+ decision to slash output.

Consumer countries have pushed for OPEC+ to open taps more widely to bring down prices -- calls which the group has largely ignored.

US President Joe Biden made a controversial trip to Saudi Arabia in July in part to convince the kingdom to loosen the production taps, meeting Crown Prince Mohammed bin Salman despite his promise to make Riyadh a "pariah" following the 2018 killing of journalist Jamal Khashoggi.

"OPEC will not be making any friends among Western leaders, especially petroleum importers whose economies and currencies are ravaged by higher oil prices due to a deterioration in the trade balance," said Stephen Innes, an analyst with SPI Asset Management, ahead of Wednesday's meeting.

Observers have cast doubt how much more OPEC+ could possibly be pumping with some of its members struggling to meet quotas.

Bjarne Schieldrop, chief commodities analyst at SEB research group, predicted it would be "very easy for the group to implement cuts given that most members are stretched to the limit of what they can produce".

"It hasn't maintained such a high production more than twice in history and then only for 1-2 months," he said.