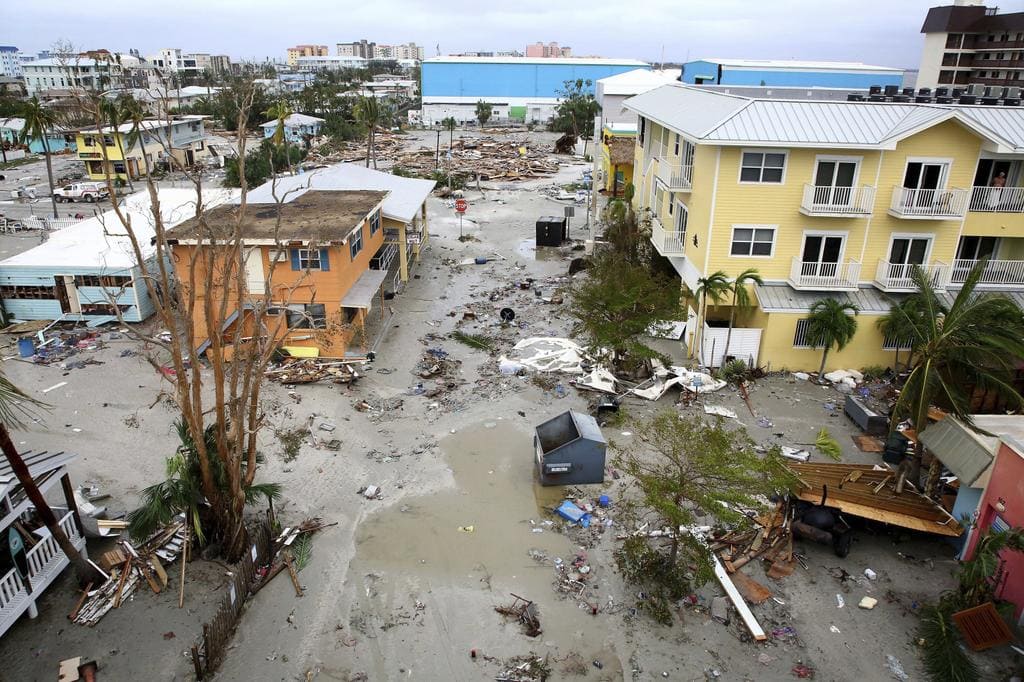 Ian, one of the most powerful storms to hit the United States, flattened whole neighborhoods and knocked out power lines and bridges as it made landfall on Florida's southwestern coast last Wednesday.

After crossing over Florida, Ian headed out to the Atlantic, but turned and made landfall again in South Carolina as a Category 1 storm, while bringing heavy rains and strong winds to North Carolina as well.

The Florida Medical Examiners Commission said Sunday that it had confirmed 58 deaths to be attributed to the hurricane, while North Carolina's governor on Saturday said four people had died due to Ian.

The confirmed deaths in Florida came from eight different counties, though the highest total by far was 42 in Lee County, which contains the city of Fort Myers as well several barrier islands popular with tourists and retirees.

On Matlacha, cut off from the mainland after its bridge was damaged, residents told AFP they were struggling to decide next steps.

"I don't have a plan," said John Lynch. The 59-year-old's house is sinking into the sea and he is preparing to leave.

"We've been here for 25 years... It's heartbreaking because this is where we plan on living for the rest of our lives."

The US Coast Guard on Sunday also said it was suspending its search for sixteen migrants who went missing after their boat sank during the hurricane.

Two others who had been on the vessel were earlier found dead, while nine had been rescued, including four Cubans who swam to shore in the Florida Keys.

US President Joe Biden will visit Puerto Rico on Monday to survey damage from Hurricane Fiona, which struck two weeks ago, before heading on Wednesday to tour the Florida destruction.