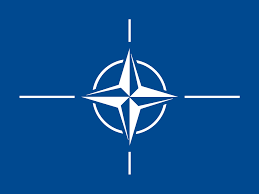 BRUSSELS, Sept  30, 2022 (BSS/AFP) - NATO on Friday condemned Russia's
annexation of four more regions of Ukraine and warned Moscow of "severe
consequences" if it uses nuclear weapons in its war against Kyiv.

"This land grab is illegal and illegitimate. NATO allies do not and will
not recognize any of this territory as part of Russia," NATO chief Jens
Stoltenberg said.

Russian President Vladimir Putin claimed the territories occupied by his
troops at a grand ceremony in the Kremlin, in a move rejected by the West and
UN.

Stoltenberg insisted that NATO would continue to support Ukraine "in their
efforts to liberate" the Moscow-held regions as Kyiv vows to press an
offensive.

The Kremlin says it now views the annexed territory as a part of Russia and
is willing to use its full arsenal to defend it.

Stoltenberg said NATO had not seen any "changes in nuclear posture" of
Russia after threats from Putin.

"We are vigilant, we are sharing information, and we have conveyed very
clearly to Russia that there will be severe consequences if they use nuclear
forces against Ukraine," Stoltenberg said.

NATO has refused to intervene militarily in the war in Ukraine for fear of
unleashing a confrontation with Moscow that could spiral into nuclear war.
NATO allies have instead sent billions of dollars' worth of arms to Ukraine
to help it defend itself against Moscow's attack.

In response to Putin's declaration, Ukraine announced that it was formally
applying to join NATO.

Stoltenberg remained non-committal on the bid, recalling that a decision on
membership required "consensus" of all 30 allies.

"Our focus now is on providing immediate support to Ukraine to help Ukraine
defend itself against the Russian brutal invasion," he said.

Despite the application from Kyiv, there appear few prospects of Ukraine
joining NATO in the foreseeable future while it is at conflict with its giant
neighbour.

Membership of NATO would mean Ukraine was covered by the alliance's Article
5 mutual defence clause that means an attack on one member is considered an
attack on all.

Stoltenberg also addressed leaks in the Nord Stream pipelines running from
Russia to Europe, calling them "attacks" and backing a probe to find those
responsible.

He said that NATO naval and air forces in the region showed the alliance's
"readiness to protect" its critical infrastructure.