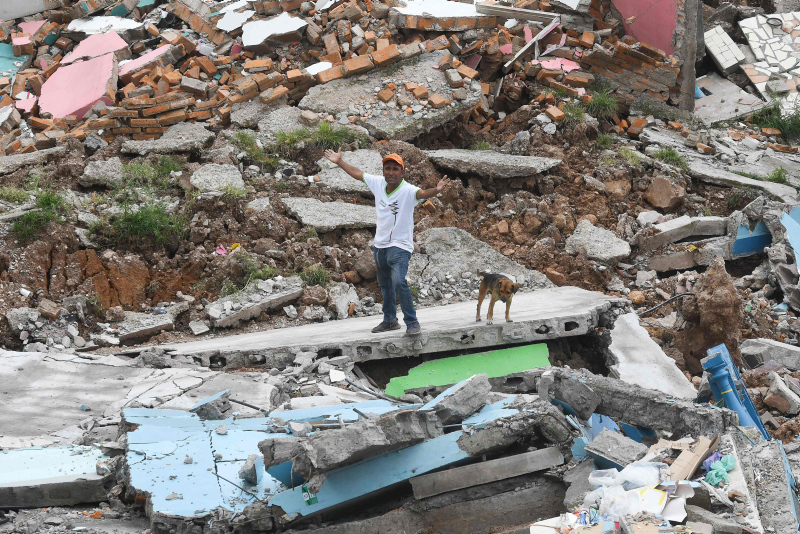 homes were buried in landslides caused by heavy rains in El Salvador on
Thursday, authorities said.

Five of the victims were inside a single home in a rural area of
Huizucar, a city 16 kilometers (10 miles) southwest of San Salvador.

Two more died when their home in the village of San Isidro, 20 kilometers
south of San Salvador, was buried by a landslide.

"We have to mourn this day the death of seven people, five of them in
Huizucar," said Civil Protection director Luis Amaya.

The government body shared photographs of the destroyed house in
Huizucar, which had been built on stilts on a mountainside.

"We have arrived at the time of year when we have the heaviest
rainfall... we know that September and October have always been the months
with the most rainfall," Amaya said.

The ministry of environment and natural resources said the heavy rains
are worst in mountainous areas.

The Civil Protection said it was remain alert throughout the country to
attend to emergencies.