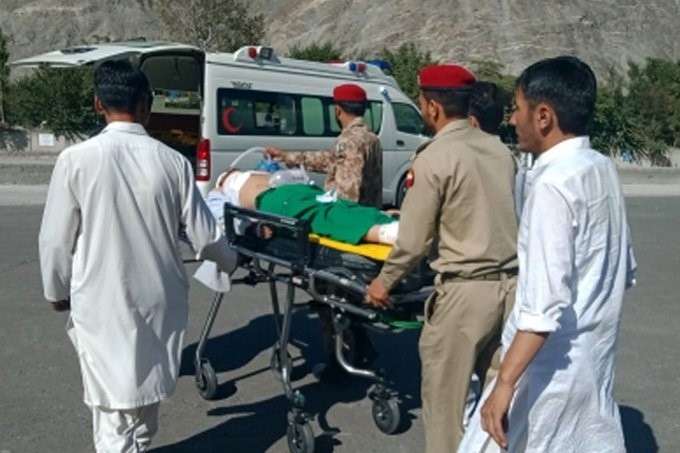 death and six others injured after a passenger bus collided with an oil
tanker near the Jalalpur Pirwala district of Pakistan's eastern Punjab
province, local media reported.

According to the reports, the accident took place at the motorway in the wee
hours of Tuesday when both vehicles caught fire following a collision,
resulting in the killing of 18 passengers on the spot.

Afterward, motorway police and rescue teams reached the site and started the
rescue operation, local media said. During the operation, eight people who
had been rescued in injured condition were shifted to a hospital where two
succumbed to their wounds during treatment, local media said, adding that 18
dead bodies have been recovered from the wreckage of the bus.

Rescue workers told media that 26 people, including a driver and a conductor,
were traveling on the bus while it was going from Punjab's capital city
Lahore to the country's southern port city of Karachi.