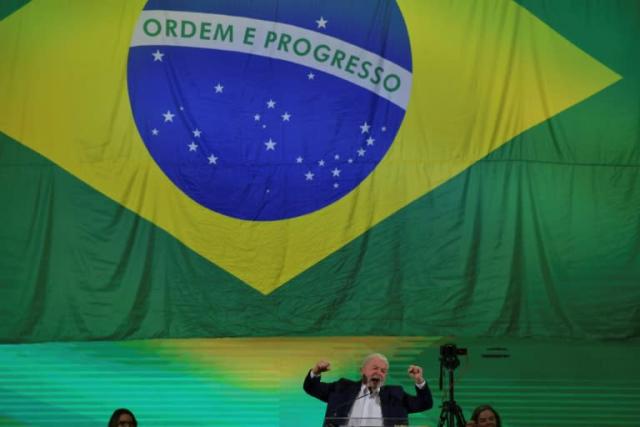 Front-runners Bolsonaro and Lula, who have in reality been on the campaign
trail for months, will make it official with rival events showcasing their
polar-opposite styles.

Bolsonaro, 67, plans to launch his campaign with a rally in Juiz de Fora, the
small southeastern city where an attacker stabbed and nearly killed him
during his 2018 campaign.

The attack cemented Bolsonaro in the minds of die-hard supporters as "The
Myth" -- a hero swooping in to rough up the political establishment and speak
his mind with tough-talking clarity.

It is an image that has suffered as Bolsonaro has lurched through a series of
crises, from the coronavirus pandemic -- which he insistently downplayed,
even as Brazil's death toll surged -- to soaring inflation that has come as a
gut-punch to Brazilian families.

Lula, 76, who leads in opinion polls, will meanwhile start his campaign with
a visit to a Volkswagen plant in Sao Bernardo do Campo, in the industrial
heartland of Sao Paulo state, the place where he launched his political
career as a union leader.

Both events are dripping with symbolism, said political analyst Adriano
Laureno, who called the race "the most polarizing presidential election since
the return to democracy" in Brazil in the late 1980s.

"Bolsonaro has tried to build this narrative of divine selection around his
presidency... in which surviving the stabbing incident plays a central role,"
said Laureno, of consulting firm Prospectiva.

"Lula meanwhile always looks to return to Sao Bernardo at key moments in his
political trajectory, casting himself as a man of the people," he told AFP.

Lula currently leads with 44 percent of the vote to 32 percent for Bolsonaro,
according to the latest poll from the Ipec institute, published Monday.

If no candidate wins more than 50 percent of valid votes in the October 2
election, a runoff will be held on October 30.

The country of 213 million people has been torn in a two-way race since March
last year, when Brazil's Supreme Court annulled a controversial corruption
conviction that had sent Lula to jail and sidelined him from politics.

The ex-president (2003-2010) left office as the most popular president in
Brazilian history, after presiding over an economic boom that helped lift
some 30 million people from poverty.

But he fell spectacularly from grace when he became a target in "Operation
Car Wash," a massive investigation into systematic corruption centered on
state-run oil company Petrobras.

Lula, who denies wrongdoing, calls the case a trumped-up bid to topple his
legacy.
Bolsonaro is counting on a big new welfare program to boost his popularity
and close the gap with Lula.

It is still too early for the program's full effect to be reflected in polls.

Many Brazilians fear if Bolsonaro loses he will follow in the footsteps of
his political role model, former US President Donald Trump, and try to fight
the result.

Bolsonaro, who regularly blasts alleged fraud in Brazil's electronic voting
system -- without evidence -- is fond of saying "only God" can remove him
from office.

The two candidates could cross paths late in the day, at a ceremony in
Brasilia to install the new head of the Superior Electoral Tribunal.

Both Bolsonaro and Lula are invited.