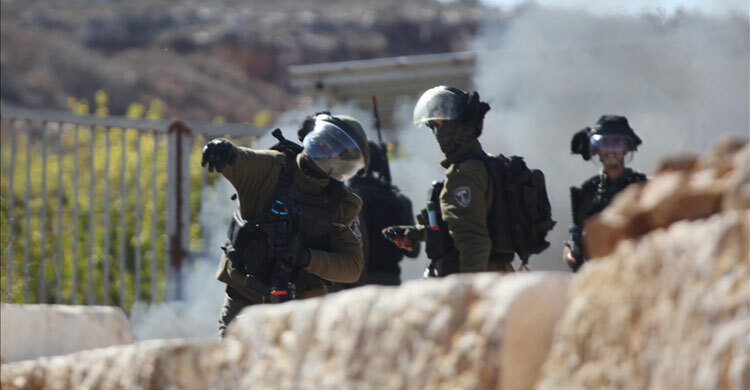 The latest violence comes two days after a truce halted deadly conflict
between the Israeli military and Islamic Jihad militants in the coastal
Palestinian enclave of Gaza, and as Israeli forces continue months of at times
deadly raids in the West Bank.

"The terrorist Ibrahim al-Nabulsi was killed in the city of Nablus," the
Israeli army said in a statement, adding that "another terrorist who was
staying in the house" also died.

A 16-year-old was also killed in Nablus, and the Palestinian health
ministry later said a 17-year-old had been shot dead in the flashpoint southern
city of Hebron.

The Palestinian Red Crescent Society said its medics treated 69 people for
gunshot wounds across the Nablus area, at least four of them in critical
condition.

Israeli Prime Minister Yair Lapid hailed the raid as a "highly successful,
precise action without casualties" among the security forces.

Israeli forces said they launched a shoulder-fired missile at the house and
detained four suspects in the raid.

Nabulsi was a commander of the Al-Aqsa Martyrs' Brigade, one of the main
militant groups present in the West Bank operating under the ruling Fatah party.

Following the deadly raid, the militant group said "the response will fit
the crime".

Hundreds of mourners gathered in Nablus for the funeral procession of the
three dead, with some militants firing into the air as the bodies were carried
through the crowd.

Jamal Taha said his 16-year-old son was killed while they were walking to
work.

"The army was in the old city. My son went ahead of me to the market, he
was carrying his food. There was shooting and four of us were injured," he told
AFP.

Later Tuesday, the Palestinian health ministry said 17-year-old Moamen
Jaber was shot in the chest and killed by Israeli forces in Hebron.

An AFP photographer saw the teen's body at a local hospital following
clashes between Palestinians and Israeli soldiers.

In Nablus, heavy gunfire was heard as dozens of Israeli military vehicles
brought traffic in one of the West Bank's largest cities to a standstill.

Clashes with the Israeli army also broke out in other parts of the city, as
Palestinians hurled stones at the troops.

"A violent clash developed with dozens of rioters who threw stones and
threw explosives at the forces, who responded by means of crowd dispersal and
shooting. Several injuries were confirmed," the army said.

Security forces have conducted near-daily and often deadly operations in
the West Bank in recent months, focusing on militants from the Islamic Jihad
group.

On Friday, Israel launched what it called a "pre-emptive" aerial and
artillery bombardment of Islamic Jihad positions in the Gaza Strip, leading
militants in the coastal enclave to fire more than a thousand rockets in
retaliation, according to the army.

An Egypt-brokered ceasefire reached Sunday ended three days of intense
fighting that killed 46 Palestinians, 16 of them children, and wounded 360,
according to Gaza's health ministry.

Israel's Lapid spoke by telephone with Egyptian President Abdel Fattah
al-Sisi on Monday, with the premier praising Cairo for its role in "preserving
regional stability and security".

But following the Nablus raid, a spokesman for Palestinian president Mahmud
Abbas said Israel is "not interested in calm and stability".

The Israeli prime minister said Monday the strikes on Gaza had hit the
"entire senior military command of Islamic Jihad" in the Palestinian enclave.
Islamic Jihad said 12 of its members had been killed, including commanders
Taysir al-Jabari and Khaled Mansour.

Israel insists that some civilians counted in the Palestinian toll were
killed by Islamic Jihad rockets that fell short or misfired.