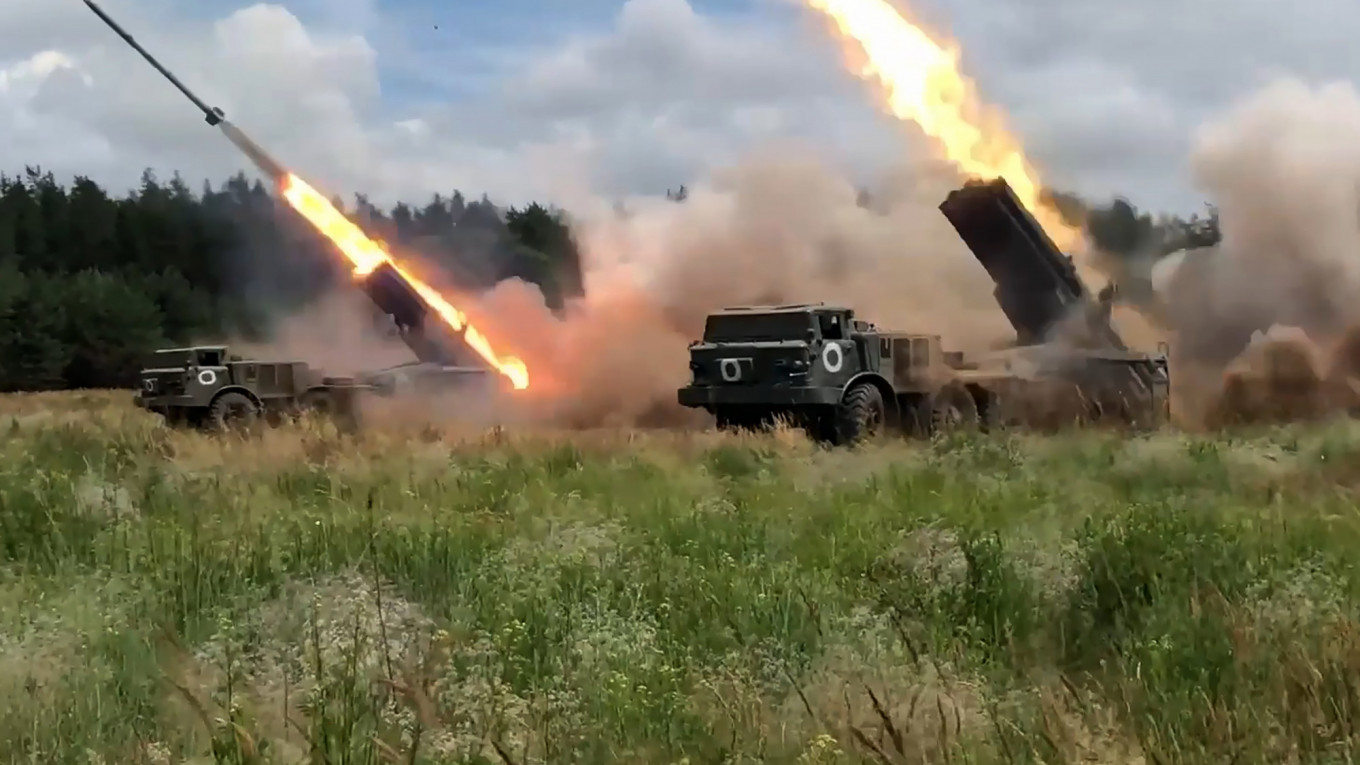 SLOVIANSK, Ukraine, July 2, 2022 (BSS/AFP) - Fighting raged Saturday for Ukraine's strategic Lysychansk, as Kyiv denied a claim by Moscow-backed separatists that they had encircled the eastern city.

Clashes have been intense in Lysychansk, the last major city in the Lugansk region of the Donbas still in Ukrainian hands, located across the river from neighbouring Severodonetsk seized by Russia last week.

The city's capture would allow Russian forces to push deeper into the battleground Donbas region, which has become the focus of their offensive since failing to capture Kyiv after invading in late February.

"Fighting rages around Lysychansk... The city has not been encircled and is under control of the Ukrainian army," Ruslan Muzytchuk, a spokesman for the Ukrainian National Guard, said on Ukrainian television.

Earlier in the day, Andrei Marotchko, a spokesman for the separatist forces, told the TASS news agency: "Lysychansk is completely encircled."

The announcements come as missiles continue to rain down across Ukraine, killing dozens.

Rockets struck residential properties in Solviansk in the heart of the Donbas, killing a woman in her garden and wounding her husband, a neighbour told AFP Saturday, describing debris showered across the neighbourhood.

The witness said the strike on Friday was thought to use cluster munitions which spread over a large area before exploding, striking buildings and people who were outdoors.

The attacks came after Moscow abandoned positions on a strategic island in a major setback to the Kremlin's invasion.

Victims of the Sergiyvka attacks included a 12-year-old boy, Ukrainian President Volodymyr Zelensky said in his daily address to the nation late Friday.

"I emphasise: this is an act of deliberate, purposeful Russian terror," Zelensky said.

Ukraine's chief diplomat Dmytro Kuleba said Saturday he had discussed a seventh round of European sanctions against Russia with his EU opposite number Joseph Borrell.

Russian defence ministry spokesman Igor Konashenkov said Ukraine was "suffering heavy losses on all fronts", listing what he said were military targets across the country hit with artillery and missiles.

The strikes follow global outrage earlier this week when a Russian strike destroyed a shopping centre in Kremenchuk, central Ukraine, killing at least 21 civilians according to the mayor.

President Vladimir Putin has denied his forces were responsible for that attack and Moscow made no immediate comment on the Odessa strikes.

Earlier on Friday, Zelensky hailed a new chapter in its relationship with the European Union, after Brussels recently granted Ukraine candidate status in Kyiv's push to join the 27-member bloc, even if membership is likely years away.

"Our journey to membership shouldn't take decades. We should make it down this road quickly," Zelensky told Ukraine's parliament.

The president of the European Commission Ursula von der Leyen said membership was "within reach" but urged them to work on anti-corruption reforms.

Norway, which is not an EU member, on Friday announced $1 billion worth of aid for Kyiv including for reconstruction and weapons.

And the Pentagon said it was sending a new armament package worth $820 million, including two air defence systems and more ammunition for precision rocket launchers.

In a decision that further cooled relations between Kyiv and Moscow, the UN's cultural agency inscribed Ukraine's tradition of cooking borshch soup on its list of endangered cultural heritage.

Ukraine considers the nourishing soup, usually made with beetroot, as a national dish although it is also widely consumed in Russia, other ex-Soviet countries and Poland.

UNESCO said the decision was approved after a fast-track process prompted by Russia's invasion of Ukraine.
We "will win both in the war of borshch and in this war," said Ukraine's Culture Minister Oleksandr Tkachenko on Telegram.

On Thursday, Russian troops abandoned their positions on Snake Island, which had become a symbol of Ukrainian resistance in the first days of the war, and sits beside shipping lanes near Odessa's port.

The Russian defence ministry described the retreat as "a gesture of goodwill" meant to demonstrate that Moscow will not interfere with UN efforts to organise protected grain exports from Ukraine.

But on Friday evening, Kyiv accused Moscow of carrying out strikes using incendiary phosphorus munitions on the rocky outcrop.

During a daily update, Russia's defence ministry made no comment on the alleged use of phosphorous.

Farmer Sergiy Lioubarsky, whose fields are close to the frontline, 30 kilometres (18 miles) west of Lysychansk, warned time was running out to harvest this year's crop.

"We can wait until August 10 at the latest, but after that, the grains are going to dry out and fall to the ground," he said.

Western powers have accused Putin of using the trapped harvest as a weapon to increase pressure on the international community, and Russia has been accused of stealing grain.