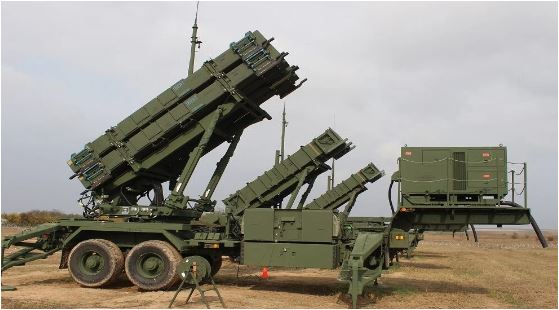 President Joe Biden, who is attending the G7 summit in Germany, "has made the procurement of advanced air defence systems for Ukraine a priority", the source said, asking not to be identified.

An announcement is "likely this week" on the purchase of NASAMS, an "advanced medium- to long-range surface-to-air missile defence system", as well as other weaponry to help Ukraine fight Russia's invasion.

This will include "additional artillery ammunition and counter-battery radars", which are used to pinpoint the source of enemy artillery firing.

Ukrainian President Volodymyr Zelensky, who addressed G7 leaders by video-link on Monday, has pleaded for more powerful defences against Russian air attacks since the start of the invasion in February.

With Russian aircraft and cruise missiles bombing Ukrainian troops and residential areas daily, Zelensky initially focused on his rallying cry of "close the skies" with a request for Western countries to send war planes to Ukraine.

After the United States and European allies made clear that sending planes was too risky, potentially drawing them directly into the conflict against Russia, focus pivoted to surface-to-air missiles.

Ukraine has a variety of these weapons, including the powerful Soviet-designed S-300 system.

The NASAMS, built by Raytheon in the United States in partnership with Norway's Kongsberg Defence and Aerospace, has been sold in 12 countries, according to the company website.