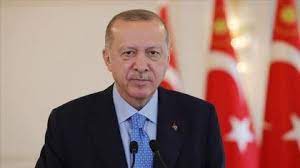 ISTANBUL, June  25, 2022 (BSS/AFP) - Turkey's President Recep Tayyip
Erdogan signalled on Saturday that no progress had been made in Sweden's bid to
join NATO, urging Stockholm to take "concrete actions" to meet Ankara's
concerns, his office said.

In a phone call with Swedish Prime Minister Magdalena Andersson, Erdogan
reiterated that "Sweden should take steps regarding such fundamental matters as
combatting terrorism", the Turkish presidency said in a statement.

Turkey "wanted to see binding commitments on these issues together with
concrete and clear action," he added.

Finland and Sweden discussed their stalled NATO bids with Turkey in
Brussels on Monday, but Ankara dashed hopes that their dispute will be resolved
before an alliance summit next week.

Turkish officials said Ankara does not view the summit as a final deadline
for resolving Ankara's objections.

She tweeted that they had "agreed on the importance of making progress
ahead of the NATO summit in Madrid next week, where I look forward to meeting
President Erdogan and other allied leaders".

Ankara has accused Finland and in particular Sweden of providing a safe
haven for outlawed Kurdish militants whose decades-long insurgency against the
Turkish state has claimed tens of thousands of lives.

Erdogan told Andersson that Sweden "should make concrete changes in its
attitude" toward the outlawed Kurdistan Workers' Party (PKK) and its Syrian
affiliates, the presidency said.

"In this regard no tangible action aimed at addressing Turkey's concerns
was seen to have been taken by Sweden," it added.

The Turkish leader also voiced expectations that Sweden would lift an arms
embargo against Turkey that Stockholm imposed in 2019 over Ankara's military
offensive in Syria.

He also said he hopes that restrictions on Turkey's defence industry would
be lifted, and that Sweden will extradite several people Ankara has accused of
involvement in terrorism.

Erdogan also told Stoltenberg that "Sweden and Finland should take concrete
and sincere steps" against outlawed Kurdish militants, the presidency said.
Stoltenberg said he had a "good call" with "our valued ally" Erdogan.

"We agreed to continue the talks in Brussels and Madrid next week," he
tweeted.