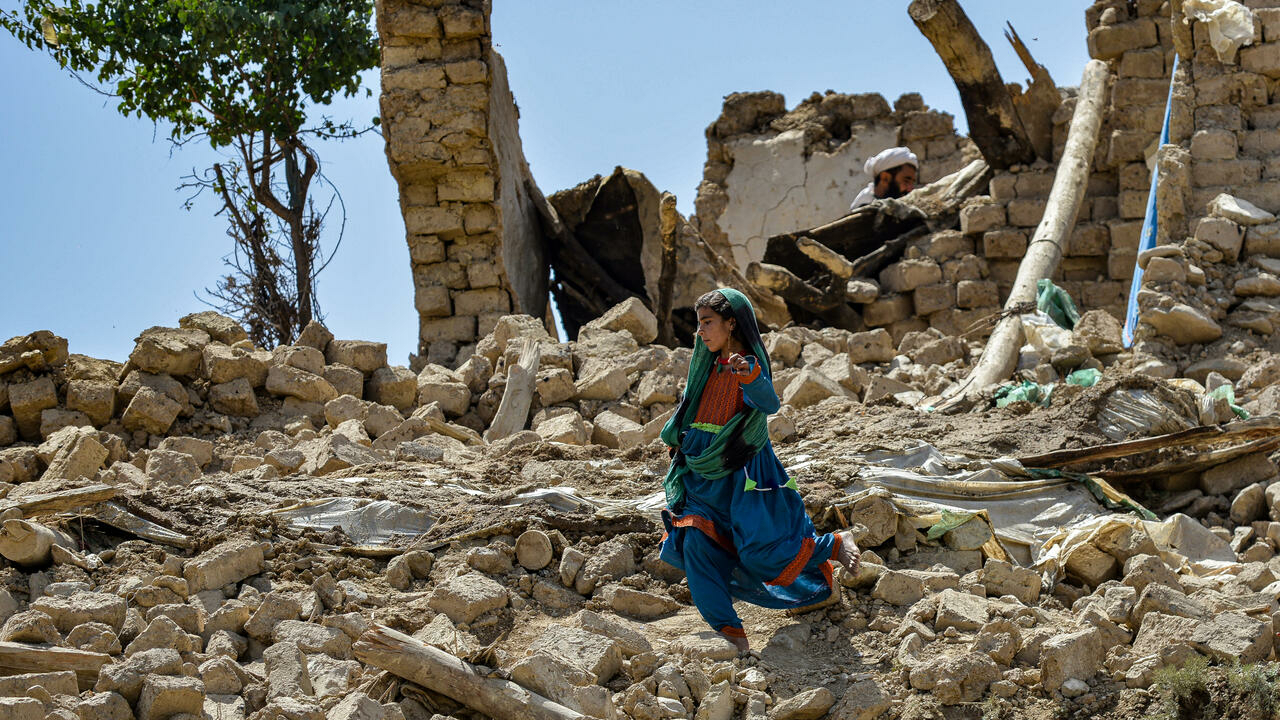 SHARAN, Afghanistan, June 24, 2022 (BSS/AFP) - Many survivors of Afghanistan's deadliest earthquake in more than two decades were on Friday without food, shelter and water as they waited in devastated villages for relief workers to reach them, with rain compounding their misery.

Wednesday's 5.9-magnitude quake struck hardest in the rugged east along with border with Pakistan, killing more than 1,000 and leaving thousands homeless.

Entire villages have been levelled in some of the worst affected districts, where survivors said they were even struggling to find equipment to bury their dead.

"There are no blankets, tents, there's no shelter. Our entire water distribution system is destroyed. There is literally nothing to eat," 21-year-old Zaitullah Ghurziwal told an AFP team that reached his village in hard-hit Paktika province.

Mohammad Amin Huzaifa, head of information for the province, said heavy rain and floods were hampering efforts to reach those affected.

Communications have also been hit as the quake toppled mobile phone towers and power lines.

Officials say nearly 10,000 houses were destroyed, an alarming number in an area where the average household size is more than 20 people.

"Seven in one room, five in the other room, four in another, and three in another have been killed in my family," Bibi Hawa told AFP from a hospital bed in the Paktika capital Sharan.

Save the Children said more than 118,000 children were impacted by the disaster.

"Many children are now most likely without clean drinking water, food and a safe place to sleep," the international charity said.

The disaster poses a huge logistical challenge for the Taliban government, which has isolated itself from much of the world by introducing hardline Islamic rule.

The aid-dependent country saw the bulk of its foreign assistance cut off following the Taliban takeover last August, and even before Wednesday's disaster the United Nations warned of a humanitarian crisis that threatened the entire population.

But the quake has prompted an outpouring of sympathy from abroad -- although many are wary how any aid will be used.

"The aid distribution will be transparent," government spokesman Bilal Karimi told AFP, adding "many countries have supported us and stood with us".

According to his office, refugee agency UNHCR has dispatched tents, blankets and plastic sheeting; the World Food Programme has delivered food stocks for about 14,000; and the World Health Organization has provided 10 tonnes of medical supplies sufficient for 5,400 surgeries.

Afghan government officials said Thursday that aid flights had landed from Qatar and Iran, while Pakistan had sent trucks carrying tents, medical supplies and food across the border.

Even before the Taliban takeover, Afghanistan's emergency response teams were stretched to deal with the natural disasters that frequently strike the country.

But with only a handful of airworthy planes and helicopters left since they returned to power, any immediate response to the latest catastrophe is further limited.

"We hope that the International Community & aid agencies will also help our people in this dire situation," tweeted Anas Haqqani, a senior Taliban official.

Afghanistan is frequently hit by earthquakes, especially in the Hindu Kush mountain range, near the junction of the Eurasian and Indian tectonic plates.

Afghanistan's deadliest recent earthquake killed 5,000 in 1998 in the northeastern provinces of Takhar and Badakhshan.