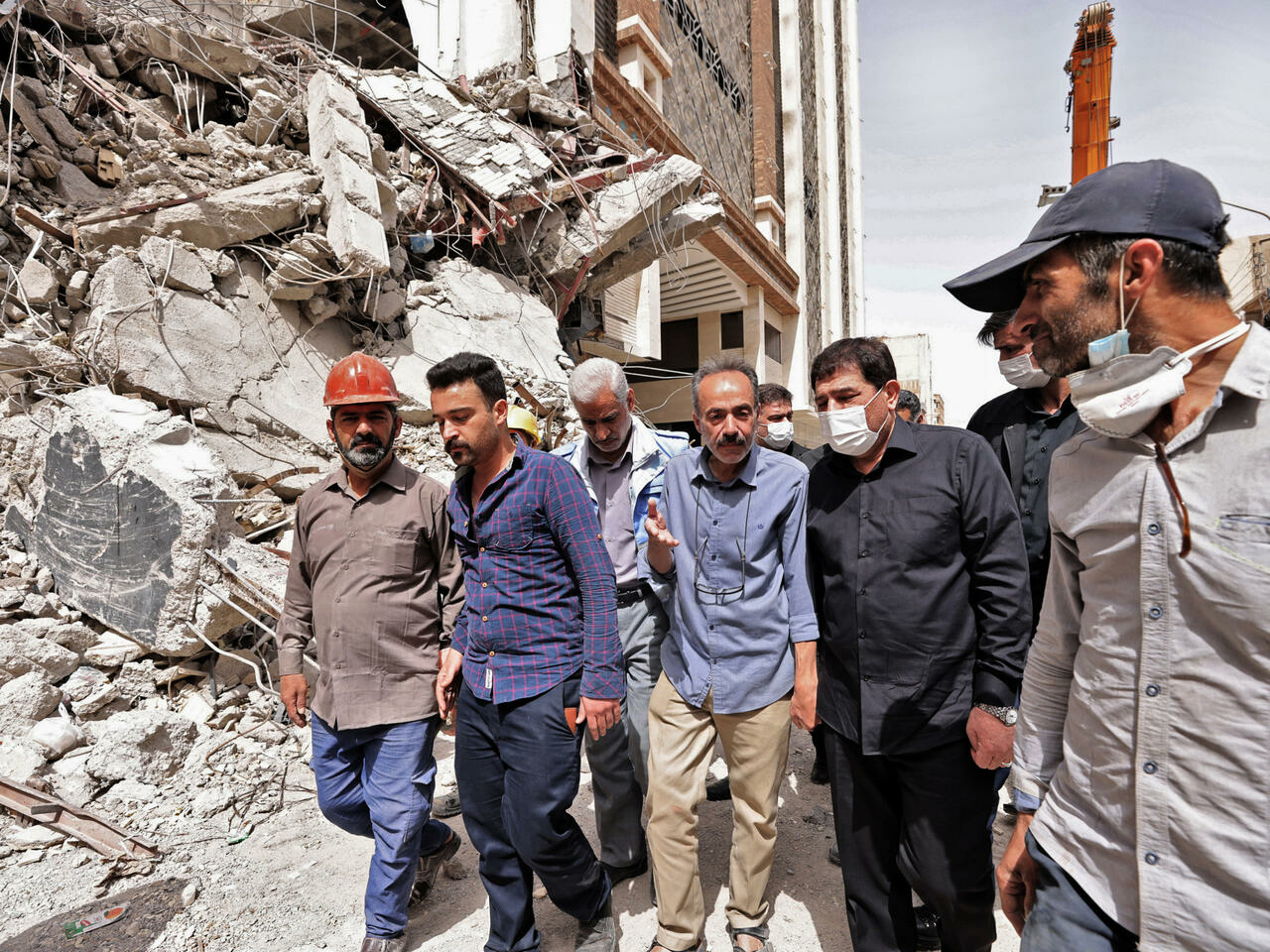 A large section of the 10-storey Metropol building that was under
construction in Abadan, Khuzestan province, crumbled on Monday in one of
Iran's deadliest such disasters in years.

It was the third night of protests in Abadan and other cities of the province
which borders Iraq, local media reported.

Security forces in Abadan "used tear gas and shot in the air near the
collapse site" on Friday night to disperse hundreds of protesters, who were
mourning the lives lost and demanding justice for the perpetrators of the
incident, Fars news agency said.

A number of people shouted "death to incompetent officials" and "incompetent
officials must be executed", similar to calls in protests on Wednesday and
Thursday nights, it added.

Elsewhere in Khuzestan another protest, in the city of Bandar-e Mahshahr, saw
people chanting while banging on traditional drums and hitting cymbals,
images published by Fars showed.

People also took to the streets further afield including in the central
Iranian cities of Isfahan, Yazd and Shahin Shahr on Friday to express
sympathy with the victims of the tragedy, Fars news agency said.

On Thursday night, a shop in Abadan belonging to the family of the building's
owner "was set on fire and destroyed by unknown individuals," Tasnim news
agency reported earlier.

Interior Minister Ahmad Vahidi, who is in Abadan, said on Saturday that "two
more bodies were recovered" and sent for identification, raising the death
toll to 28, according to state news agency IRNA.

Officials, however, have not announced how many are people still trapped
under the rubble.

The number of suspects has also risen.

Khuzestan's provincial judiciary said on Saturday that 13 people have now
been arrested in relation with the incident, including the mayor and two
former mayors, IRNA said.

In a statement posted on his official website on Thursday, Iran's supreme
leader Ayatollah Ali Khamenei called for those responsible to be prosecuted
and punished.

First Vice President Mohammad Mokhber told state television that "widespread
corruption existed between the contractor, the builder, the supervisor and
the licensing system".

In January 2017, 22 people, including 16 firefighters, died in a blaze that
engulfed the 15-storey Plasco shopping centre in Tehran.