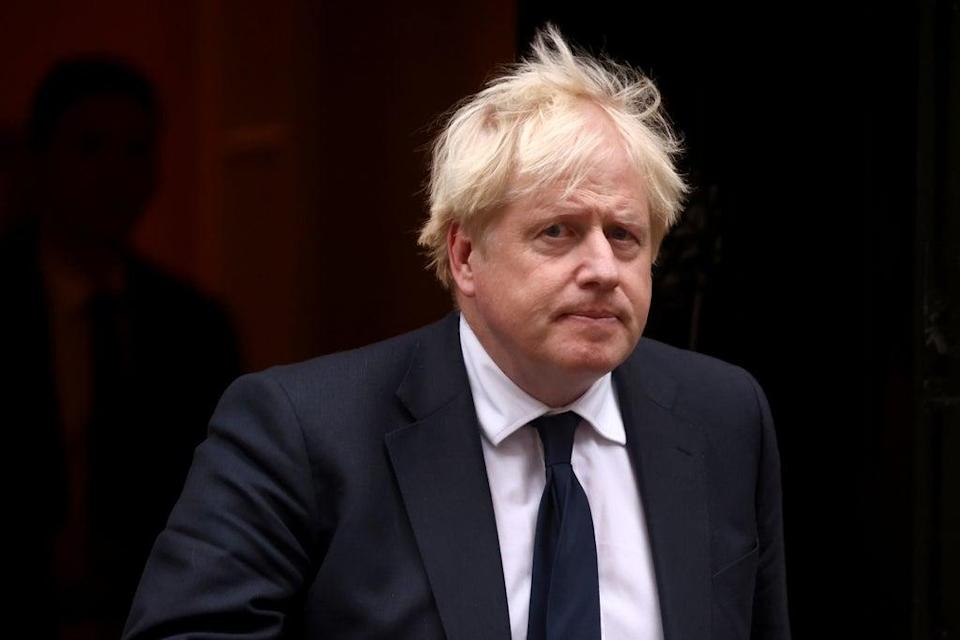 LONDON, May 24, 2022 (BSS/AFP) - UK Prime Minister Boris Johnson on Tuesday faced renewed accusations of lying, after photos emerged of him drinking at a Downing Street party during lockdown in 2020.

The revelations came as a senior civil servant was expected to publish her long-awaited full report into the "Partygate" scandal, despite claims that Johnson was trying to have it dropped.

A slew of revelations earlier this year about lockdown-breaking parties caused widespread political and public anger, and put Johnson's position in jeopardy.

But the heat was taken out of a potential mutiny from his own MPs by the war in Ukraine, and his hawkish support for President Volodymyr Zelensky.

The photos published late Monday by ITV News were taken during a leaving party for Johnson's communications chief Lee Cain on November 13, 2020, days after the government ordered a second lockdown, and banned household mixing.

Johnson can be seen raising a glass and chatting with several people around a table with bottles of wine and food.

Police have investigated the event as part of their probe into "Partygate" and fined one person, but not Johnson.

When he was asked in parliament last December about the gathering, he insisted there was no party on that date and that no rules were broken.

Johnson has been fined over a surprise birthday party he attended at Downing Street in June 2020, but was not fined for any other event.

The deputy leader of the main opposition Labour party, Angela Rayner, said it was "astonishing" that Johnson was not fined for the November gathering.

She told ITV News that it looked "pretty clear" there was a party that was not a work event, calling it "pretty shocking" he had not been fined for it.

"He knew that he broke the rules, and he's known it all along and yet he's tried to get away with it," she added.

But Transport Secretary Grant Shapps sought to defend Johnson on Tuesday, saying the new pictures showed he was "clearly not" partying.

"It looks to me he was asked to go and thank a member of staff who was leaving, raises a glass to them and I imagine comes in and out pretty quick, which is presumably why the police have not issued a fixed-penalty notice to the Prime Minister," Shapps told BBC radio.

Shapps said he did not think London's Metropolitan police needed to explain why Johnson had not been fined over the event.

The Times newspaper reported on Tuesday that Johnson had put pressure on civil servant Sue Gray to drop her much-anticipated report.

Sky News quoted sources as saying Johnson had questioned what more would be left to say after the police concluded their work.

Rayner joined a chorus of opposition voices calling for the Gray report to be published "as soon as possible".

"The full report -- and all the evidence -- must be published without delay," she tweeted.

"Anything less will amount to a further cover up from this deceitful, untrustworthy PM."

The Met said on Thursday that they had completed their "Partygate" probe, issuing a total of 126 fines related to multiple gatherings in and around Downing Street.

Those fined include Johnson, his wife Carrie and finance minister Rishi Sunak.

Johnson's fine -- the first for a sitting British prime minister -- prompted calls for him to resign or be forced out.

He has apologised for the breach of Covid regulations but has refused to quit.

He is also facing an investigation by a parliamentary committee into his past denials of lockdown lawbreaking to the House of Commons.