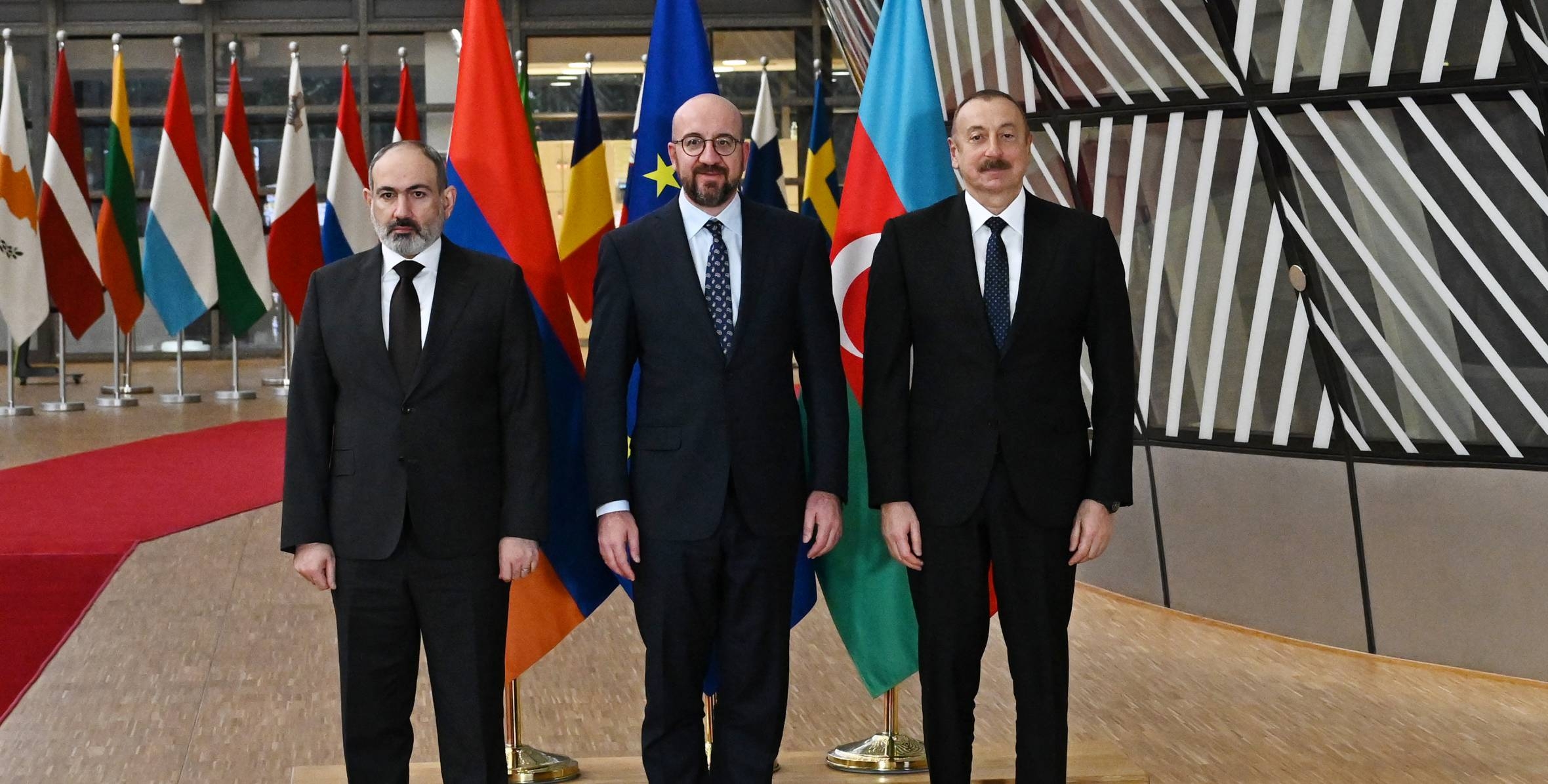 Azerbaijan agreed in a Brussels meeting Sunday to "advance discussions" on a
peace treaty over a troubled region that saw a war break out in 2020, the
European Council's president said.

The Nagorno-Karabakh region, situated in Muslim-majority Azerbaijan with
mostly Christian Armenian residents, is the focus of a decades-long
territorial dispute between the two ex-Soviet Caucasus neighbours.

In 2020 the simmering tensions escalated into all-out war, claiming more than
6,500 lives in six weeks before a Russian-brokered ceasefire saw Armenia cede
swathes of territory it had controlled for decades.

Demonstrations have erupted in the Armenian capital Yerevan in recent weeks
to protest President Nikol Pashinyan's handling of the conflict, as he
embarked last month on peace talks with Azerbaijani President Ilham Aliyev.

"The leaders agreed to advance discussions on the future peace treaty
governing inter-state relations between Armenia and Azerbaijan," Michel said
in a statement.

The process will begin in "the coming weeks", he said, adding that he had
stressed to the two leaders that "it was necessary that the rights and
security of the ethnic Armenian population in Karabakh be addressed".

There will also be a "meeting of the Border Commissions" in the coming days,
which will address issues of border delimitation and "how best to ensure a
stable situation".

The leaders also agreed that transport links needed to be unblocked.

Pashinyan -- currently facing pressure to resign -- spoke about "preparations
for the negotiation process on normalisation of relations between the two
countries, humanitarian issues, as well as the settlement of the Nagorno
Karabakh conflict", said a statement from his office.

Aliyev's office said the president "expressed his hope that the process of
drafting the peace agreement between the two countries would be accelerated".