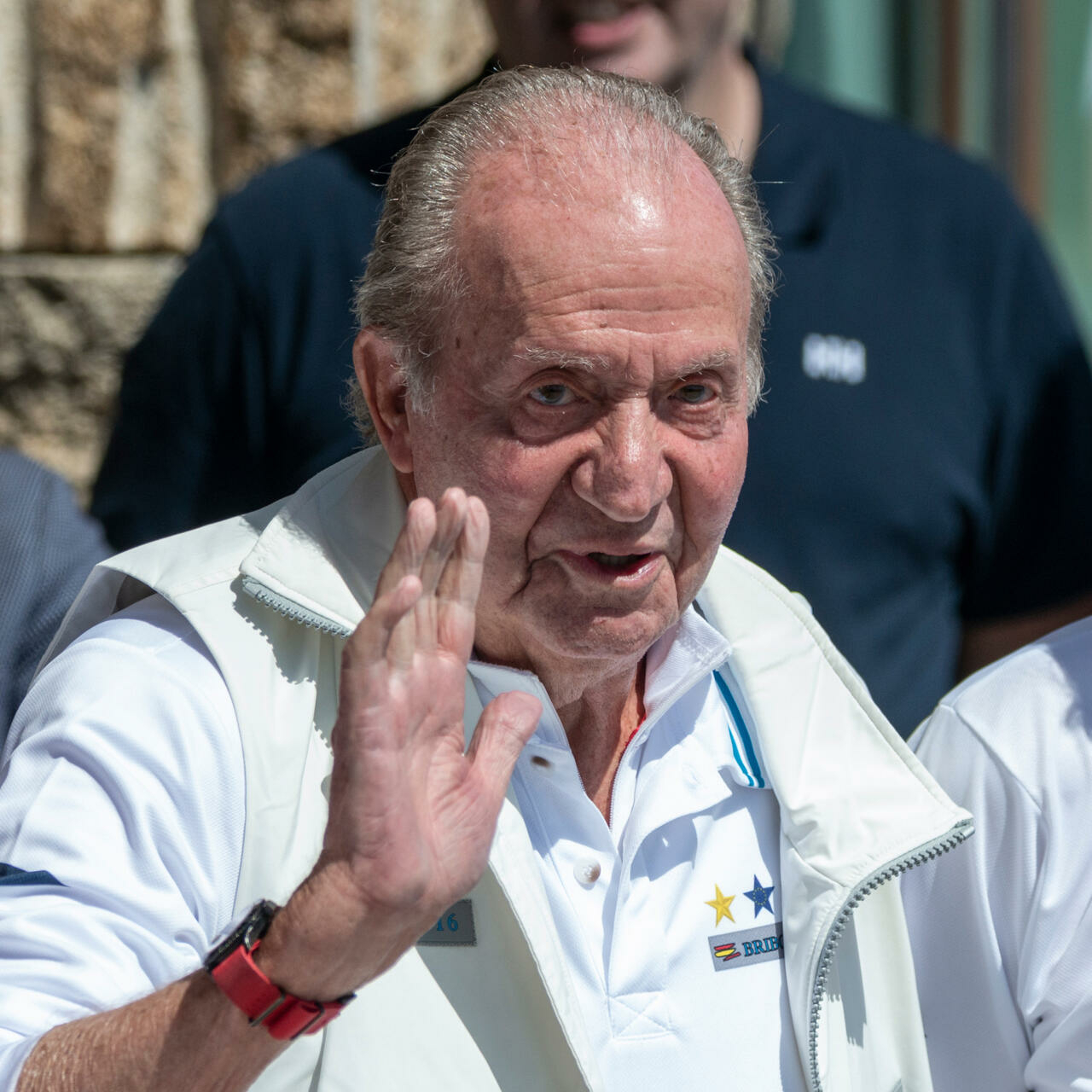 regatta in the northwestern Galicia region Friday on a controversial first
trip home after nearly two years in exile following a string of financial
scandals.

Although prosecutors have closed their probes into Juan Carlos I's affairs,
revelations about the murky origins of his fortune have done irreparable
damage to a figure once revered for his role in Spain's democratic transition
after decades of dictatorship.

Pulling up to the sailing club in the resort town of Sanxenxo, the 84-year-
old -- who flew in from Abu Dhabi on Thursday evening -- was greeted by
dozens of well-wishers, and a crowd of journalists.

As he got out of the car wearing a white top, cream gilet and salmon slacks
and began shaking hands with supporters, there were cries of "Long live the
king!"

But there were also a few cries of dissent with one man shouting "scoundrel"
-- a possible reference to the financial scandals that prompted Juan Carlos
to move to Abu Dhabi in self-imposed exile in August 2020.

Hobbling along with his cane and holding onto the arm of an aide, the ex-
monarch beamed as he greeted the crew of his yacht, the "Bribon" -- Spanish
for "rascal".

The six-metre (20-foot) racing yacht is the same vessel with which he and his
crew won the world sailing title in 2017 and 2019.

It was unclear whether he would be joining them aboard for the race. He has
not sailed for some three years, Spain's RTVE public television said.

The former monarch will stay with a close friend in Sanxenxo until Monday
when he travels to Madrid for a brief visit with his wife Sofia, his son King
Felipe VI and other family members.

He will leave for Abu Dhabi later on Monday, the palace said.

"There is no longer any legal or judicial reason to stop the king emeritus
from travelling to Spain but there are a wealth of ethical grounds that
explain the commotion this has caused," an El Pais editorial said on
Thursday.

"Anyone returning to Spain with a record like king Juan Carlos I would be
arrested and prosecuted as soon as they crossed the border" it tweeted.