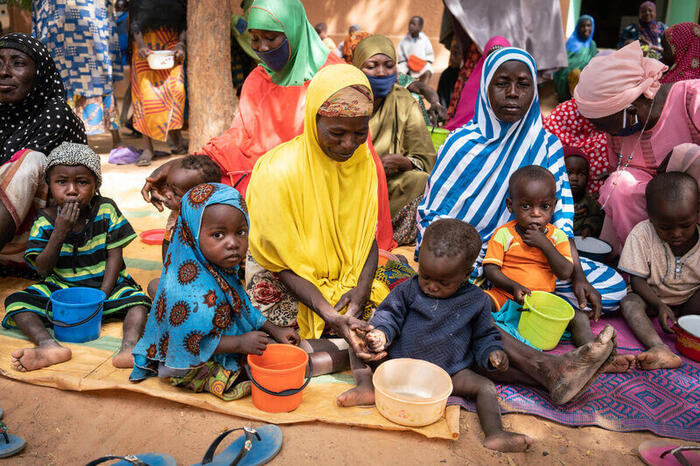 GENEVA, May 20, 2022 (BSS/AFP) - The United Nations warned Friday that up to
18 million people in the Sahel face severe food insecurity, with rations
being cut due to funding shortages.

The UN's World Food Programme (WFP) said that conflict, the Covid-19
pandemic, climate change and rising costs were colliding to put basic meals
out of reach for millions of people in Africa's semi-arid sub-Saharan belt.

WFP said rations had already been cut in some affected areas and faced
further cuts unless international donors step up with more money.

"Up to 18 million people in Africa's Sahel region will face severe food
insecurity over the next three months -- the highest number since 2014," Jens
Laerke, spokesman for the UN's humanitarian agency OCHA, told reporters.

"In the Sahel, 7.7 million children under the age of five are expected to
suffer from malnutrition. 1.8 million are severely malnourished and if aid
operations are not scaled up, this number could reach 2.4 million by the end
of this year.

"The situation has reached alarming levels in Burkina Faso, Chad, Mali and
Niger, where people will experience emergency levels of food insecurity
during the lean season between June and August."

The UN has released $30 million from its Central Emergency Response Fund for
the four countries.

The region is experiencing some of its driest conditions since 2011.

WFP spokesman Tomson Phiri said needs were sky-high but resources were at
rock-bottom.

He said the number of food insecure people had increased by 41 percent in
Mali, 82 percent in Mauritania and 91 percent in Niger compared to 2021.

In Burkina Faso, WFP rations are at 75 percent in the areas hardest to reach
and most food insecure, while they are at 50 percent in other sites.

"If additional contributions are not received, as indicated, we will have no
choice but to reduce rations even further from July 2022," he told reporters.

Russia's war in Ukraine is also exacerbating the situation.

Food prices were already increasing sharply before the conflict, but its
impact on global food, fuel and fertiliser supply chains could drive food
costs up even further, the WFP said.

The lack of fertiliser could compromise the recovery of agricultural
production in 2022, the agency added.

It was targeting assistance to 7.15 million people between June and September
and aiming to reach the most acutely food insecure households, refugees and
IDPs.