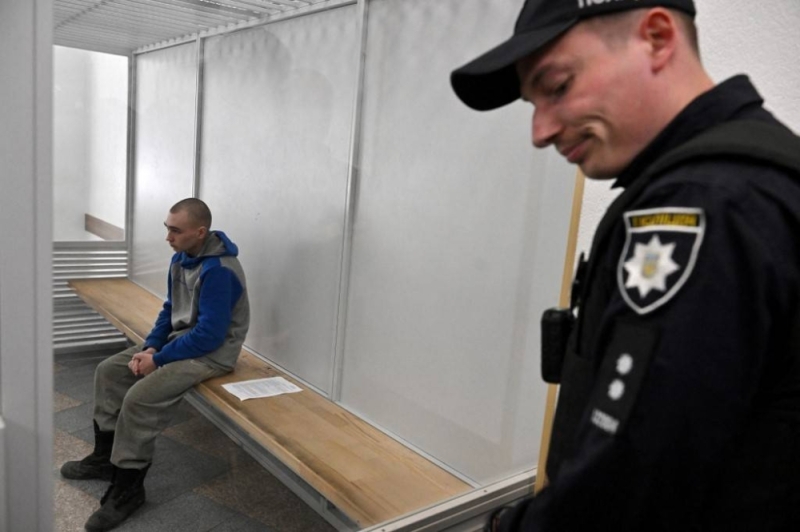 KYIV, Ukraine, May 20, 2022 (BSS/AFP) - The lawyer for the first Russian
soldier on trial in Ukraine said in closing arguments Friday that his client
was "not guilty" of premeditated murder and war crimes.

The Russian serviceman, 21-year-old Vadim Shishimarin has admitted in court
in the capital Kyiv to killing a 62-year-old civilian in the early stages of
Moscow's invasion of Ukraine.

"Taking into account the evidence and testimonies I believe that Shishimarin
is not guilty of the crime that he is accused of," his lawyer, Viktor
Ovsyannikov, told the court.

"I ask you to acquit my client."

Prosecutors this week requested a life sentence for Shishimarin for killing
civilian Oleksandr Shelipov in the village of Chupakhivka in northeast
Ukraine several days after Russian tanks entered Ukraine.

Shishimarin, a shaven-headed Russian sergeant from Irkutsk in Siberia told
the court Friday that he was "truly sorry" for what he had done.
"I was nervous about what was going on. I didn't want to kill," he said,
standing in the glass defence box, wearing a grey and blue hoodie.

The landmark trial, which concluded on its third day Friday, is expected to
see a verdict delivered against the young Russian on Monday.

It is the first case of its kind since Russia invaded on February 24 and is
being seen as a public test of the independence of Ukraine's judicial system.

Shishimarin said in court earlier this week that the killing on February 28
occurred as he and several other servicemen were retreating.

He said he was urged to carrying out the killing by a another Russian soldier
who was not a higher-ranking officer.

"I want to apologise for what I did," Shishimarin said Friday.
In a hearing a day earlier he asked his victim's widow, Kateryna Shelipova,
for forgiveness.

His lawyer argued in court that Shishimarin hadn't wanted to carry out what
he perceived to be a direct order and that he didn't initially obey.

He said Shishimarin had "succumbed to the pressure" of two other Russian
soldiers he was also in a car with attempting to return to Russia.

Ovsyannikov also called into question whether his client had intended to kill
Shelipov.

"Is it possible to make an aimed shot in such an environment? Did Shishimarin
have the intention to kill Shelipov?"

The lawyer said his client had carried out the order hoping his shots would
not kill Shelipov. He also noted that Shishimarin had "voluntarily" given
himself over to Ukrainian troops.

The prosecution argued, however, that Shishimarin had shot between three and
four bullets with the intention of killing the civilian.

"He was executing a criminal order and was well aware of it," the prosecutor
said.

The Kremlin has said it was not informed of Shishimarin's case and his lawyer
said he had not had any contact with Russian officials.

Ukraine's Interfax news agency reported Thursday that two more Russian
soldiers on trial in the centre of the country had admitted to accusations of
firing artillery on civilians.