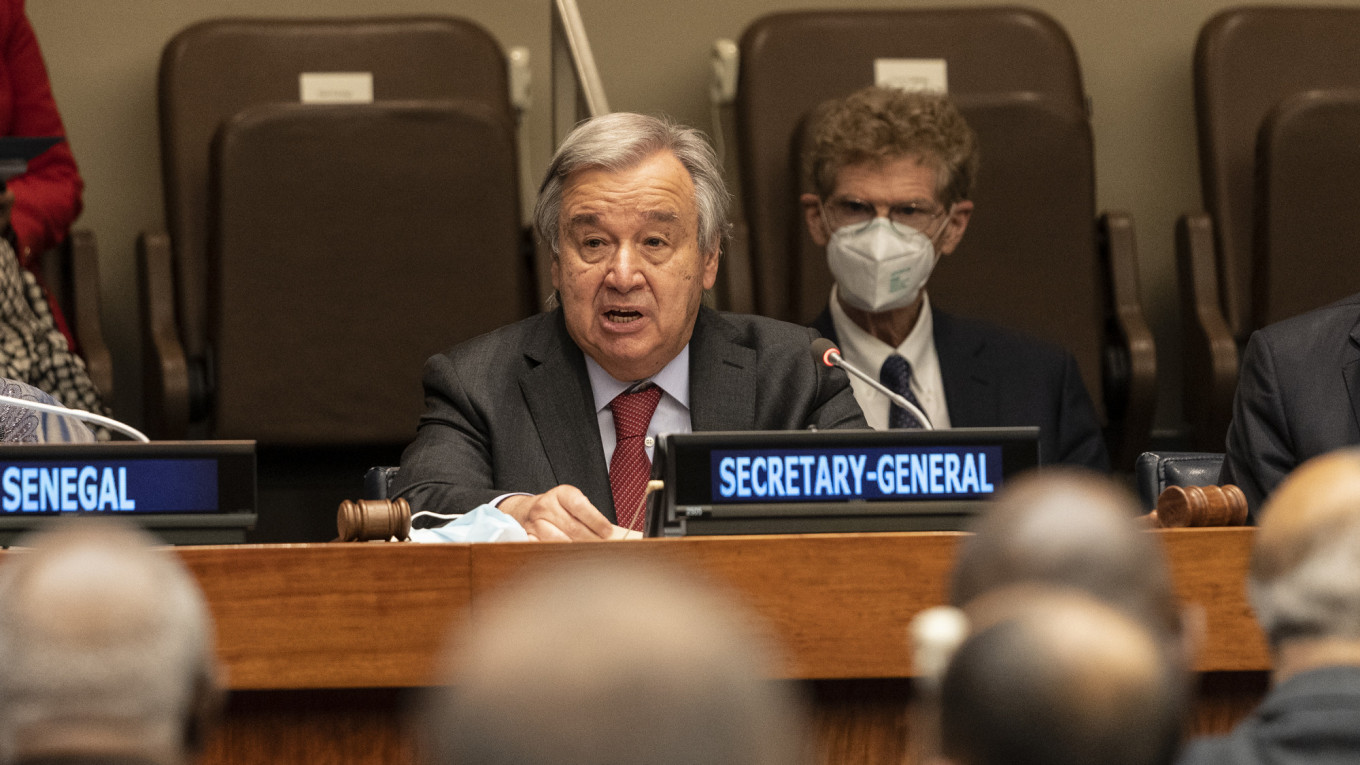 GENEVA, May  19, 2022 (BSS/AFP) - The United Nations on Thursday urged
Russia and Ukraine to "build on" contacts and coordination that enabled the
evacuation operations from Mariupol in order to resume stalled peace talks.

The successful operations to evacuate civilians and later fighters from the
sprawling Azovstal steelworks in the devastated Ukrainian port points the way
back towards broader negotiations to end the brutal conflict, UN aid chief
Martin Griffiths said.

"Those operations could not have happened had it not been for cooperation
between the Russian Federation and the Ukraine authorities," he told reporters
in Geneva.

"I would like to think that the fact that this cooperation has worked
relatively well, certainly better than in previous weeks of this war, suggests
there is something to build on."

Griffiths called for the resumption of the stalled talks hosted by Turkey,
insisting: "We've got to get back to the table."

Turkey hosted a meeting between Moscow and Kyiv negotiators in Istanbul and
another between Russian Foreign Minister Sergei Lavrov and Ukrainian
counterpart Dmytro Kuleba in Antalya in March.

And Turkish President Recep Tayyip Erdogan has said he wants to pave the
way for an Istanbul summit between Russian President Vladimir Putin and
Ukrainian President Volodymyr Zelensky.

But Kyiv said this week that talks were "on hold", blaming Moscow for
failing to find areas for compromise.

Griffiths, who is just back from a trip to the Horn of Africa, where
consecutive droughts have pushed million into extreme poverty and to the brink
of famine, also stressed the urgent need to release Ukrainian grain.

Before Russia's invasion of its neighbour in February, Ukraine was seen as
the world's bread basket, exporting 4.5 million tonnes of agricultural produce
per month through its ports.

That amounts to 12 percent of the planet's wheat, 15 percent of its corn
and half of its sunflower oil.

Now with Ukrainian ports blocked, the UN has warned the war is exacerbating
a global food crisis that could lead to years of mass hunger.

"We need it done urgently because in Ukraine, the silos are full of the
grain from the last harvest and the next harvest is soon approaching,"
Griffiths said.

"They need somewhere to put that grain and we need to get their grain into
the countries that need it," he said.

"We need those harvests to be planted, and the world needs peace in
Ukraine, just as the people of Ukraine deserve it."