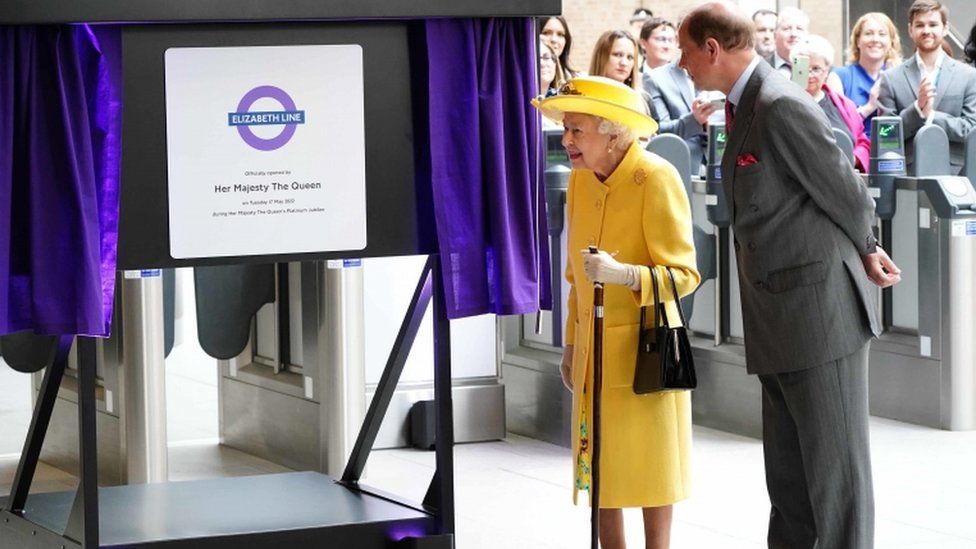 LONDON, May 17, 2022 (BSS/AFP) - Queen Elizabeth II on Tuesday made a
surprise appearance at a new railway line named in her honour, after health
issues prevented her attending recent events.

The 96-year-old monarch smiled as she visited Paddington Station in London
to see the new Elizabeth line, a major new railway that is set to speed up
transport links within the city and beyond.

Dressed in a yellow wool coat and hat trimmed with flowers, she took a
lift down to the platform, holding a walking stick, joining her son, Prince
Edward, Earl of Wessex, who had been announced as attending the event without
her.

She was welcomed by Prime Minister Boris Johnson and London Mayor Sadiq
Khan.

The monarch has rarely attended events outside her royal residences
recently and she missed the ceremonial opening of parliament on May 10 for
only the third time, due to ongoing mobility issues.

This has caused concern over whether she will be able to attend the main
events next month for her Platinum Jubilee, marking her 70 years on the
throne.

Last week, however, she attended two events near her Windsor Castle home,
including an equestrian event hosted by Hollywood actors Tom Cruise and Helen
Mirren that was part of the Jubilee celebrations.

The Elizabeth line is set to partially open to the public on May 24. It
was originally due to open in 2018, but was hit by problems with construction
and complex signalling systems.

Its opening comes before a long weekend of Platinum Jubilee celebrations
from June 2 to 5.

Once completed, the line will run from Reading, around 35 miles (56
kilometres) to the west of London to Shenfield, around 21 miles to the east,
with the option of stopping at Heathrow airport.
The line had been due to be completed in 2018 and its budget has spiralled to
o18.9 billion (22.4 billion euros, $24 billion).
Transport for London says the new railway line with violet-coloured signage
will "transform travel across London and the South East".