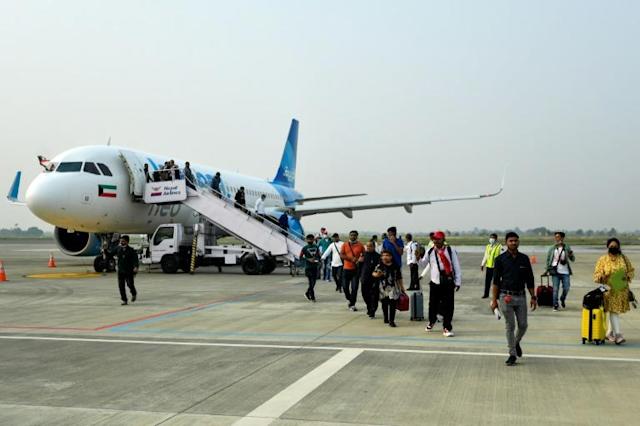 LUMBINI, Nepal, May 16, 2022 (BSS/AFP) - Nepal on Monday opened a Chinese-
built airport intended to capitalise on Buddhist tourism as India's prime
minister landed a few kilometres away to mark the birth, enlightenment and
death of the religion's founder.

But Narendra Modi flew by helicopter directly from a nearby Indian airport to
the Buddha's birthplace at Lumbini, bypassing the new facility as his Nepali
counterpart Sher Bahadur Deuba inaugurated it.

The sequence of events illustrates the competition for influence in the
landlocked Himalayan country by its two giant neighbours.

Nepal has traditionally done a balancing act between New Delhi and Beijing,
but analysts believe Indian influence over Kathmandu has been dwindling as
China pours heavy investment into the landlocked Himalayan country.

The $76 million airport project in Bhairahawa, the closest city to Lumbini,
is funded by the Asian Development Bank and OPEC Fund for International
Development but built by China's Northwest Civil Aviation Airport
Construction Group.

India's foreign secretary Vinay Mohan Kwatra on Friday said he could not
comment on the prime minister's travel logistics and they "involve many
parameters, including security", when asked about the plans to directly fly
to Lumbini, skipping the airport inauguration.

It is only Nepal's second international airport after Kathmandu, which
Pradeep Adhikari, the chief of Nepal's Civil Aviation Authority, told AFP was
full to capacity.

"Nepal's air passengers are growing every day... we cannot add more flights
in Kathmandu, he said. "So, we hope this new airport will be able to cater
those flights and passengers."

It has a capacity of two million passengers a year and is expected to ease
travel for pilgrims to one of the holiest sites in Buddhism.

Lumbini, a UNESCO world heritage site, is visited by thousands of pilgrims
every year and Nepal plans to establish direct air links between Lumbini and
countries with significant Buddhist communities, such as Cambodia, Thailand,
Laos, Sri Lanka, Myanmar and India.