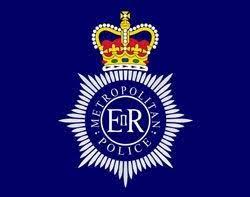 London's Metropolitan Police War Crimes team on Thursday announced the
arrest of a 48-year-old man in Northamptonshire in connection with the 2000
murder of high-profile Tamil journalist Mylvaganam Nimalrajan on the Jaffna
peninsula.

British police can investigate anyone who may fall under British
jurisdiction and is suspected of committing war crimes, crimes against
humanity, genocide or torture anywhere in the world under a "no safe haven"
policy.

Sri Lanka has repeatedly been censured by the UN Human Rights Council,
primarily in connection with events during the country's decades-long civil
war.

"Any country can use this as an excuse to target people of another
country," he said, calling it a "very big danger".

"So we need to be prepared for that," he added.

No additional information about the man arrested in Britain has been
released.

Nimalrajan, 39, a local Tamil journalist who also worked for several media
outlets, including the BBC, was shot dead at his home in the embattled Jaffna
town in 2000. No one has been prosecuted for the murder.

Colombo has rejected a UN mechanism set up last year to preserve evidence
following allegations that Sri Lankan troops killed at least 40,000 civilians
in the final months of the war in 2009.