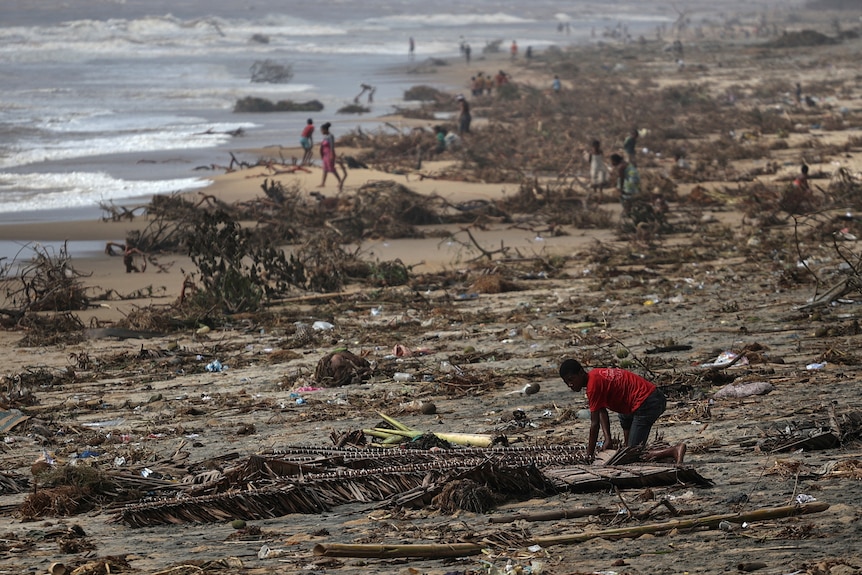 ANTANANARIVO, Feb 9, 2022 (BSS/AFP) - The death toll from Cyclone Batsirai, which left Madagascar on Monday morning, has risen to 30, according to an updated count from authorities, and could rise further as bodies continue to be found in the rubble of collapsed houses.

On Wednesday morning, Madagascar's disaster management agency (BNGRC) announced that the number of dead on the Indian Ocean island had risen from 21 to 30 the previous evening. The BNGRC said that 94,000 people were victims of Batsirai with 60,000 now homeless.

Many NGOs and UN agencies have begun to deploy resources and teams to help the victims of the cyclone which brought heavy rain and winds of 165 kilometres (102 miles) per hour.

The tropical cyclone hit Madagascar overnight from Saturday to Sunday, on a 150-km-long, sparsely populated and agricultural eastern coastal area.

As the cyclone moved inland it caused flooding that ravaged rice fields in the country's central "breadbasket", raising fears of a humanitarian crisis.

German experts have arrived in the country, one of the poorest on the planet, to "support the humanitarian response in the Batsirai passage areas", said the BNGRC, and work is underway on the 20 roads and the 17 bridges that were cut, isolating villages.

"We know for sure that rice fields, that rice crops will be damaged, will be lost. This is the main crop for Malagasy people and they will be seriously affected in food security in the next three to six months if we don't do something immediately," said Pasqualina DiSirio, director of the World Food Program (WFP) in the country.

The UN agency distributed hot meals in Manakara, one of the most affected localities.

Many NGOs, including Action Against Hunger, Handicap International, Save the Children and Medecins du Monde, were mobilised ahead of the cyclone, organising equipment and medicines.

Alongside the aid provided by the government, they provided assistance to the victims: food, primary health care and the distribution of kitchen equipment, blankets, hygiene products.

Some 77 percent of Madagascar's 28 million people live below the poverty line, and the latest blow comes during a severe drought in the south which has plunged more than a million people into acute malnutrition, some facing famine.

Madagascar was still picking up the pieces after Tropical Storm Ana affected at least 131,000 people across the island late last month, with most of the 55 deaths occurring in Antananarivo.