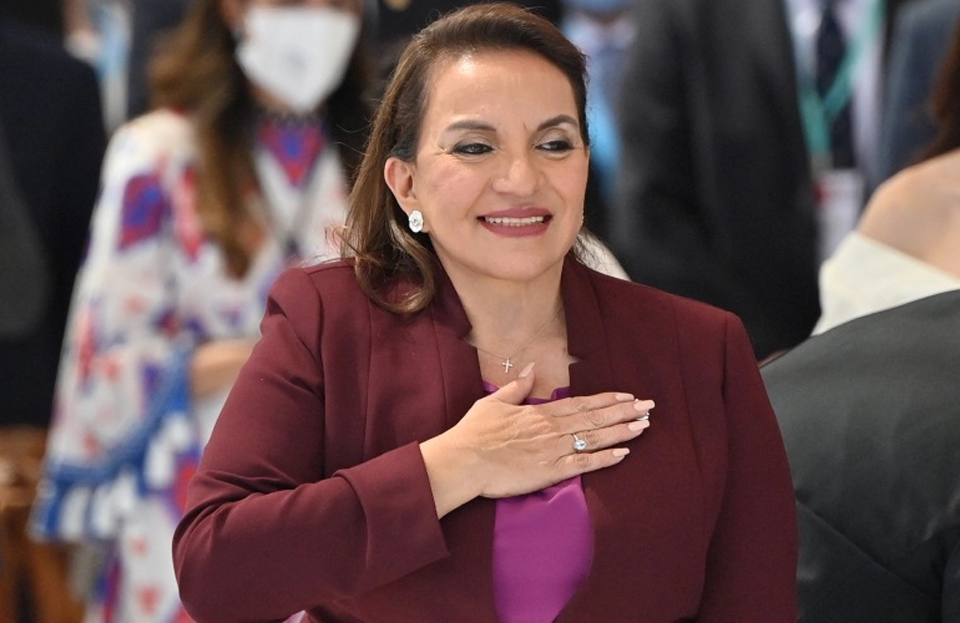 TEGUCIGALPA, Jan 28, 2022 (BSS/AFP) - Leftist Xiomara Castro was sworn in Thursday as the first woman president of Honduras at a ceremony attended by international dignitaries, after seemingly resolving a rebellion in her own party.

"I promise to be faithful to the Republic, to comply with and enforce the Constitution and its laws," Castro said at the ceremony attended by her choice for Congress president, Luis Redondo, at the center of a disruptive rivalry within her Libre party.

Honduras is one of just 14 countries to recognize Taiwan.

China, which considers Taiwan a part of its territory, has spent decades successfully encouraging the island nation's allies to switch sides.

On the election campaign, Castro vowed to "immediately open diplomatic and commercial relations with mainland China" if she won.