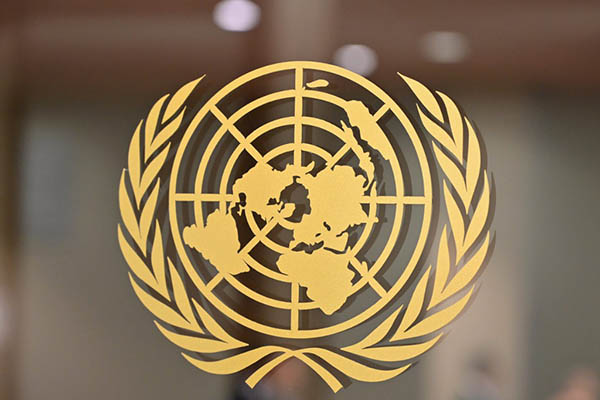 United Nations, Jan 26, 2022 (BSS/PTI) Perpetrators of the heinous 26/11 Mumbai terror attacks continue to enjoy Pakistan's patronage, India has told the UN Security Council, saying that most terrorist attacks around the world have their origin, in some form or the other, in that country.

"Member States are well aware that Pakistan has an established history of harbouring, aiding and actively supporting terrorists. This is a country which has been globally recognised as a sponsor of terrorism and holds the ignoble record of hosting the largest number of terrorists proscribed by the UN Security Council,” Counsellor in India's Permanent Mission to the UN R. Madhu Sudan said.

“So much so that most terrorist attacks around the world today have their origin, in some form or the other, in Pakistan,” he said. His statement came days after a siege at a synagogue in Texas, US, that ended with the killing of British hostage taker of Pakistani heritage, Malik Faisal Akram.


Madhu Sudan said he is constrained to take the UNSC floor again, after India's envoy T S Tirumurti had delivered the national statement at the debate, only because the Representative of Pakistan “chose to sully this august Council through his Pavlovian and frivolous remarks against my country. While his statement deserves our collective contempt, it is important for me to set the record straight.”


He said even as the Council is discussing protection of civilians at the meeting, the biggest threat to civilians comes from terrorists.


"As we mentioned earlier, the perpetrators of the heinous terror attack in Mumbai in 2008 continue to enjoy patronage of the state which he represents,” Madhu Sudan said, referring to the Pakistani envoy.


Hafiz Saeed-led Jamaat-ud-Dawah (JuD) is the front organisation for the Lashkar-e-Taiba (LeT) which is responsible for carrying out the Mumbai terror attacks. Saeed has been serving jail sentence at the Kot Lakhpat Jail, Lahore in Pakistan for his conviction in terror financing cases.


In his remarks earlier in the debate, Tirumurti said any debate on protection of civilians in urban areas would be incomplete without taking into account the carnage wrought by terrorist forces, especially those backed by State actors.


“The dastardly terrorist attacks in Mumbai in 2008 which resulted in the killing of 166 innocent civilians of 15 nationalities is still a ghastly reminder to the entire international community. In recent memory, the Mumbai terror attacks epitomise the sheer scale and scope of urban warfare that we had to mount against jihadi terrorists, when our police personnel had to put their lives on the line to secure the city's safety,” Tirumurti said.


Slamming Pakistan, India told the Council that this is not the first time Islamabad's envoy at the UN “misused” platforms provided by the world organisation to propagate false and malicious propaganda against it. Akram also referred to the abrogation of Article 370 in his remarks, which almost entirely focussed on India.

India has repeatedly told Pakistan that Jammu and Kashmir "was, is and shall forever" remain an integral part of the country. It also advised Pakistan to accept the reality and stop all anti-India propaganda.

Madhu Sudan said Pakistan's envoy is seeking in vain to divert the world's attention from the sad state of his country where terrorists enjoy free pass while the lives of ordinary people, especially those belonging to the minorities, are turned upside down.

Categorically stating India's position, Madhu Sudan said the entire Union Territories of Jammu and Kashmir and Ladakh were, are, and will always be an integral and inalienable part of India, irrespective of what the representative of Pakistan "believes or covets".

He said India desires normal neighbourly relations with all countries, including Pakistan, and is committed to addressing outstanding issues, if any, bilaterally and peacefully in accordance with the Simla Agreement and the Lahore declaration.

“However, any meaningful dialogue can be held only in an atmosphere free of terror, hostility, and violence. The onus is on Pakistan to create such a conducive atmosphere. Till then, India will continue to take firm and decisive steps to respond to cross-border terrorism,” Madhu Sudan said.