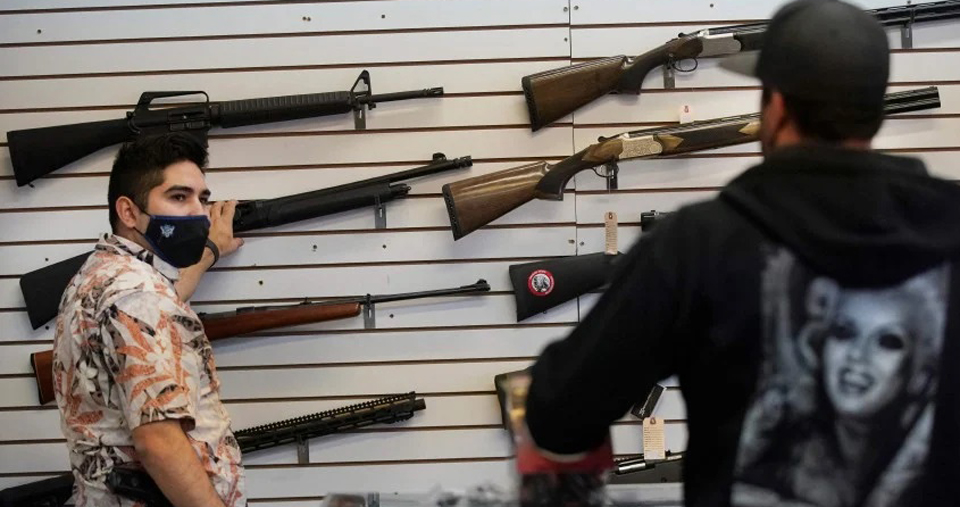 LOS ANGELES, Jan 26, 2022 (BSS/AFP) - Gun owners would be compelled to take
out insurance to cover any damage caused by their weapon, under a law being
debated Tuesday in one California city.

The planned ordinance will also require that they pay an annual fee that
will fund a non-profit group to help victims of gun violence.

The law, which is expected to go to its first vote in San Jose on Tuesday,
is intended both to reduce the harm caused by firearms and to cut down the
costs to taxpayers.

"We have seen how insurance has reduced auto fatalities over several
decades, for example, by incentivizing safer driving and the purchase of cars
equipped with airbags and antilock brakes," Mayor Sam Liccardo said.

Guns abound in the United States, where around 40 percent of adults live in
a gun-owning household, according to the Pew Research Center.

Almost 23 million firearms were sold across the country in 2020 and 40,000
people die from gunshots annually.

Despite the horrific toll and the fact that a majority of Americans favor
the tightening of gun control rules, repeated attempts to limit gun ownership
have failed, with opponents arguing controls are an infringement of
individual liberties.

"While the Second Amendment protects every citizen's right to own a gun, it
does not require taxpayers to subsidize that right," said Liccardo.

The $25 annual fee will help to fund programs aimed at reducing gun
violence, as well as mental health counseling and addiction treatment.

The National Foundation for Gun Rights, an advocacy group, described the
proposed law as "a blatantly unconstitutional scheme."

"This is just as unthinkable as imposing a 'free speech tax' or a 'church
attendance tax.'

"The National Foundation for Gun Rights is preparing a lawsuit to challenge
this gun ownership tax in federal district court."

The ordinance must pass a second reading on February 8 before it becomes
law in August.