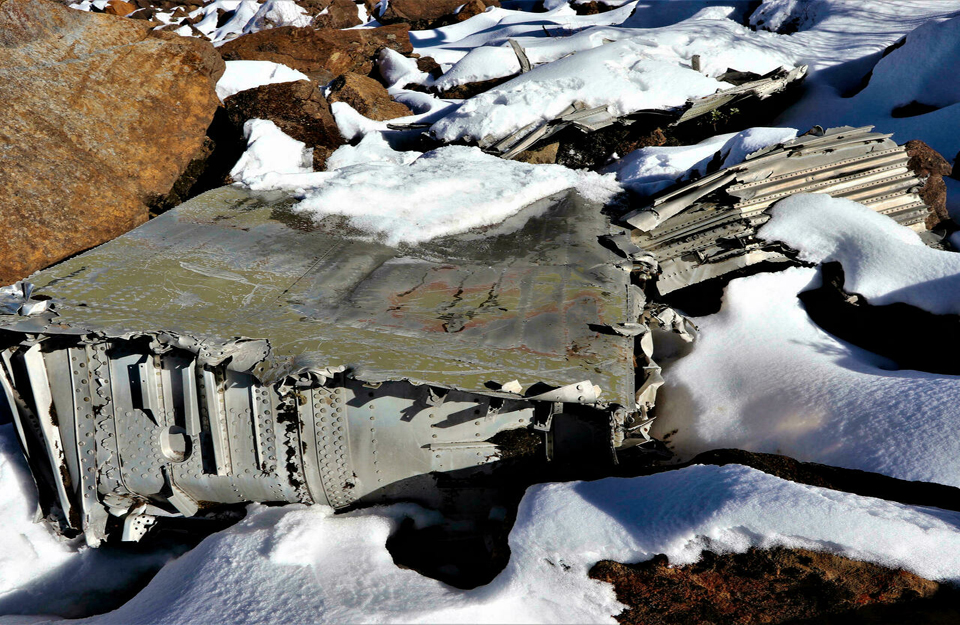 NEW DELHI, Jan 21, 2022 (BSS/AFP) - A missing World War II plane has been identified in India's remote Himalayas nearly 80 years after it crashed with no survivors, following a treacherous search that led to the deaths of three guides.

The C-46 transport aircraft was carrying 13 people from Kunming in southern China when it disappeared in stormy weather over a mountainous stretch of Arunachal Pradesh state in the first week of 1945.

"This aircraft was never heard from again. It simply disappeared," said Clayton Kuhles, a US adventurer who led the mission after a request from the son of one of those on board the doomed flight.

The expedition took months and saw Kuhles and a team of guides from the local Lisu ethnic group ford chest-deep rivers and camp in freezing temperatures at high altitudes.

Three guides died of hypothermia at an initial stage of the project while camped out during a September snowstorm.

But the team finally stumbled upon the plane on a snow-clad mountain top last month, where they were able to identify the wreckage by the tail number.

There were no human remains in what was left of the craft.

Kuhles was tasked with conducting the search by Bill Scherer, whose officer father was aboard the plane when it crashed.

"All I can say is that I am overjoyed, just knowing where he is. It is sad but joyous," Scherer told AFP by email from New York.

"I grew up without a father. All I can think of is my poor Mother, getting a telegram and finding out her husband is missing and she is left with me, a 13 month old baby boy."

Hundreds of US military planes went missing around the theatre of operations in India, China and Myanmar during World War II.

While hostile fire from Japanese forces did account for some aircraft losses, Kuhles said the majority are believed to have been brought down by ice damage, hurricane-force winds and other severe weather conditions.