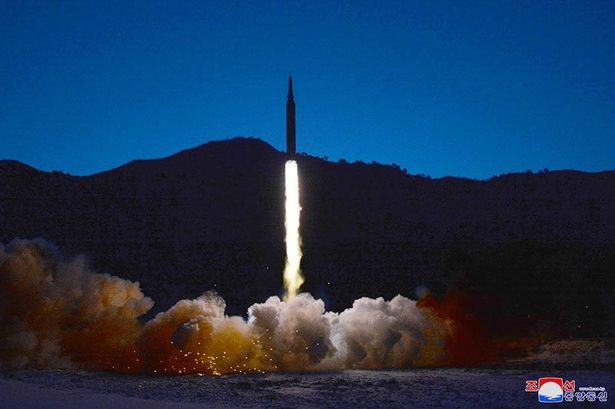 SEOUL, Jan 14, 2022 (BSS/AFP) - North Korea fired two ballistic missiles
Friday, the South and Japan said, in what would be its third weapons test
this month, despite a fresh volley of US sanctions.

The latest launches came just hours after Pyongyang warned of a "stronger
and certain" reaction to the sanctions on five North Koreans linked to the
country's ballistic missile programme.

The Friday missiles came hours after Pyongyang accused the US of
"provocation" over fresh sanctions imposed this week in response to a recent
string of weapons tests.

Seoul's National Security Council expressed "strong regret" over the recent
missile launches, saying they "do not contribute to stability on the Korean
Peninsula at this important juncture."

Pyongyang debuted a hypersonic missile in September last year, and carried
out what it called two successful tests this month, as it looks to add the
sophisticated weapon to its arsenal.

In response, the United States imposed new sanctions on Pyongyang this
week, with Secretary of State Antony Blinken saying North Korea was likely
"trying to get attention" with the missile launches.

Pyongyang accused the United States of "intentionally escalating" the
situation, saying it had a "legitimate right" to self-defence, a foreign
ministry spokesman told state media.

If "the US adopts such a confrontational stance, the DPRK will be forced
to take stronger and certain reaction to it," the spokesman said in comments
carried by state news agency KCNA early Friday.

The timing and location of the Friday launch indicated it was a response to
the US sanctions, analysts said.

"It was carried out in a rush to signal to the US that it will be a tit-
for-tat on sanctions," said Cheong Seong-chang, director of the Center for
North Korea Studies at the Sejong Institute.

Leif-Eric Easley, a professor at Ewha Womans University in Seoul said
North Korea was trying to "lay a trap" for the US.

"It has queued up missiles that it wants to test anyway and is responding
to US pressure with additional provocations in an effort to extort
concessions," he said.

Yang Moo-jin, a professor at the University of North Korean Studies, said
Pyongyang was sending a clear message:

"North Korea is not going to give up anything when it comes to its
weaponry despite the newly imposed sanctions."

Pyongyang has refused to respond to US appeals for talks.

At a key meeting of North Korea's ruling party last month, Kim vowed to
continue building up the country's defence capabilities, without mentioning
the United States.

Dialogue between Washington and Pyongyang remains stalled, and
impoverished North Korea is also under a rigid self-imposed coronavirus
blockade that has hammered its economy.

These domestic economic problems, and the widespread suffering they are
likely causing, could also be a factor motivating Pyongyang's increasingly
aggressive stance.

"Pyongyang may think it's actually beneficial for them to raise tensions
on the peninsula... to keep their people loyal to the regime," defector-
turned-researcher Ahn Chan-il told AFP.