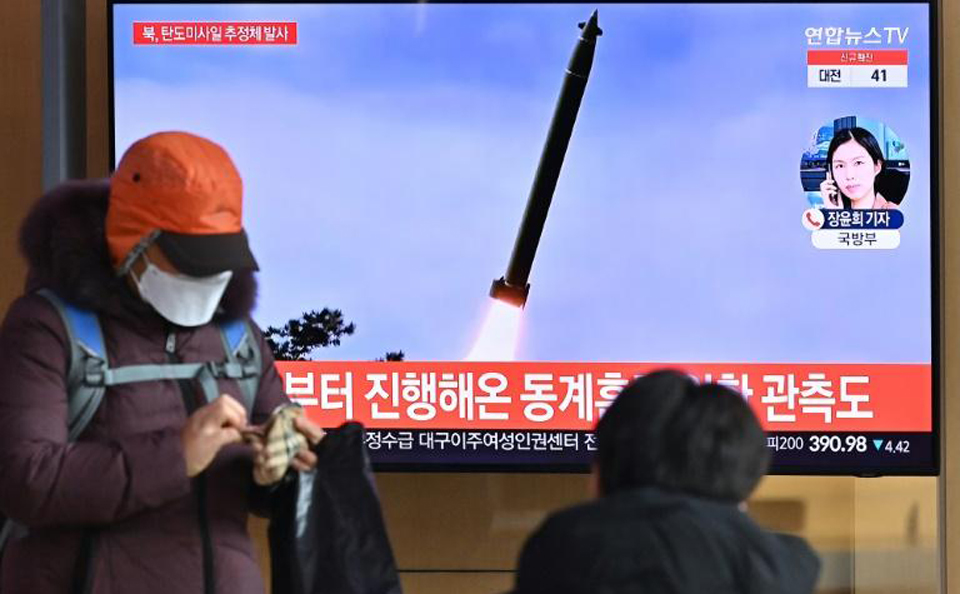 WASHINGTON, Jan 14, 2022 (BSS/AFP) - US Secretary of State Antony Blinken said Thursday that North Korea may be seeking attention with its missile launches, which he said were "destabilizing."

The top US diplomat renewed calls for North Korea to sit down for talks with the United States, which he said harbored no "hostile intent" toward Kim Jong Un's regime.

"I think some of this is North Korea trying to get attention. It's done that in the past; it'll probably continue to do that," Blinken said in a televised interview with MSNBC.

North Korean state media reported on Wednesday that Kim personally oversaw a successful launch of a hypersonic missile, the second such launch by the nuclear-armed nation in less than a week.

Washington soon afterward announced sanctions on five North Koreans linked to the ballistic missile program, prompting accusations from a foreign ministry spokesman in Pyongyang that it was "intentionally escalating" the situation.

If "the US adopts such a confrontational stance, the DPRK will be forced to take stronger and certain reaction to it," the spokesman said in comments carried by state news agency KCNA early Friday in North Korea.

Diplomacy has been at a standstill since Kim held three meetings with former president Donald Trump, who took an unusually personal approach to the diplomacy.

Trump's talks did not produce a lasting agreement and North Korea has not shown interest in offers of lower-level engagement by President Joe Biden's administration.