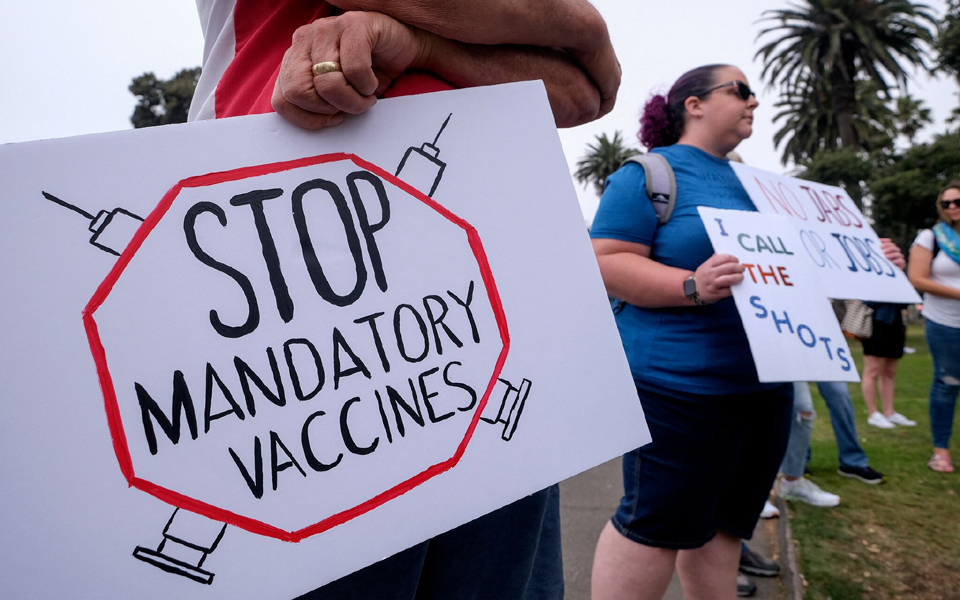 WASHINGTON, Jan 14, 2022 (BSS/AFP) - The US Supreme Court delivered a blow to President Joe Biden on Thursday, blocking his Covid vaccination-or-testing mandate for employees of large businesses.

Biden said he was "disappointed" in the nine-member court's decision striking down his mandate for businesses with 100 employees or more to vaccinate or test their workers for Covid-19.

"I am disappointed that the Supreme Court has chosen to block common-sense life-saving requirements for employees at large businesses that were grounded squarely in both science and the law," Biden said in a statement.

The president welcomed the requirement that health care workers be vaccinated, saying it would affect some 10 million people working at facilities receiving federal funds and will "save lives."

After months of public appeals to Americans to get vaccinated against Covid, which has killed more than 845,000 people in the United States, Biden announced in September that he was making vaccinations compulsory at large private companies.

Unvaccinated employees would have to present weekly negative tests and wear face masks while at work.

The Occupational Safety and Health Administration (OSHA), a federal agency, gave businesses until February 9 to be in compliance with the rules or face the possibility of fines.

But the Supreme Court's six conservative justices ruled the mandate would represent a "significant encroachment into the lives -- and health -- of a vast number of employees."

"Requiring the vaccination of 84 million Americans, selected simply because they work for employers with more than 100 employees, certainly falls in the latter category," they added.

The three liberal justices dissented, saying the ruling "stymies the federal government's ability to counter the unparalleled threat that Covid-19 poses to our nation's workers."

"Ensuring that providers take steps to avoid transmitting a dangerous virus to their patients is consistent with the fundamental principle of the medical profession: first, do no harm," they said in the majority opinion.

Vaccination has become a politically polarizing issue in the United States, where approximately 63 percent of the population is fully vaccinated.

A coalition of 26 business associations had filed suit against the OSHA regulations and several Republican-led states had challenged the mandate for health care workers.

Nancy Pelosi, the top Democrat in the House, called the Supreme Court's decision "alarming," and slammed Republicans for continuing "to attack life-saving vaccines."

Republican Senator Rick Scott of Florida, however, said the court's ruling "sends a clear message: Biden is not a king & his gross overreaches of federal power will not be tolerated."

"I had COVID & got the vaccine, but I will NEVER support a vaccine mandate that bullies hardworking Americans & kills jobs," Scott said.

"The Supreme Court has spoken, confirming what we all knew: Biden's disastrous mandates are unconstitutional," Trump said in a statement. "We are proud of the Supreme Court for not backing down. No mandates!"

In his statement, Biden said it is now up to states and individual employers to determine whether they should be requiring employees "to take the simple and effective step of getting vaccinated."

He said the Supreme Court ruling "does not stop me from using my voice as president to advocate for employers to do the right thing to protect Americans' health and economy."

"We have to keep working together if we want to save lives, keep people working, and put this pandemic behind us," he said.