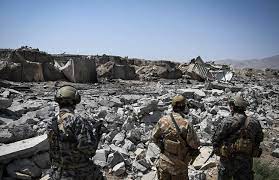 GENEVA, Sept 7, 2021 (BSS/AFP) - The United Nations appealed for almost
$200 million in extra funding for life-saving aid in Afghanistan after the
Taliban's takeover sparked a host of new issues.

The UN humanitarian agency OCHA said the extra sum meant a total of $606
million in aid was now needed for Afghanistan until the end of the year.

"Basic services in Afghanistan are collapsing and food and other life-
saving aid is about to run out," said OCHA spokesman Jens Laerke.

The issue will be discussed next Monday at a ministerial meeting in Geneva
hosted by UN chief Antonio Guterres.

The country, now under the control of the Taliban after 20 years of war, is
facing a "looming humanitarian catastrophe", Guterres's spokesman Stephane
Dujarric warned last week when announcing the conference.

OCHA voiced hope that countries would pledge generously at the conference,
saying $606 million was needed to provide critical food and livelihood
assistance to nearly 11 million people, and essential health services to 3.4
million.

The funds would also go towards treatment for acute malnutrition for more
than a million children and women, water, sanitation and hygiene
interventions, and protection of children and survivors of gender-based
violence.

Most of the requested funds had already been asked for at the end of last
year as part of a $1.3-billion humanitarian appeal for Afghanistan, which
remains severely underfunded.

Even before the Taliban victory, Afghanistan was heavily aid-dependent --
with 40 percent of the country's GDP drawn from foreign funding.

The UN has warned 18 million people are facing a humanitarian disaster, and
another 18 million could quickly join them.

A full $413 million of Tuesday's appeal were unmet needs from the previous
appeal, while $193 million would go towards new emerging needs and changes in
operating costs, OCHA said.