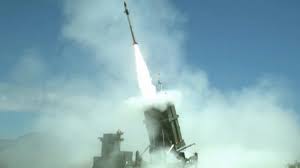 There were no reports of any casualties, but the attack comes four days after a drone hit Abha international airport in the south, wounding eight people and damaging a civilian plane.

It also comes a few hours before Hans Grundberg, the UN's new envoy for Yemen officially assumes his duties Sunday.

Saudi Arabia intervened in the Yemen war on behalf of the internationally recognised government in 2015, shortly after the Huthis seized Sanaa.

The Iran-allied insurgents have repeatedly targeted the kingdom in cross-border attacks.

In August, the rebels escalated those operations, using drones and missiles.

Yemen's grinding conflict has claimed tens of thousands of lives and displaced millions, resulting in what the United Nations calls the world's worst humanitarian crisis.

While the UN is pushing for an end to the war, the Huthis have demanded the re-opening of Sanaa airport, closed under a Saudi blockade since 2016, before any ceasefire or negotiations.