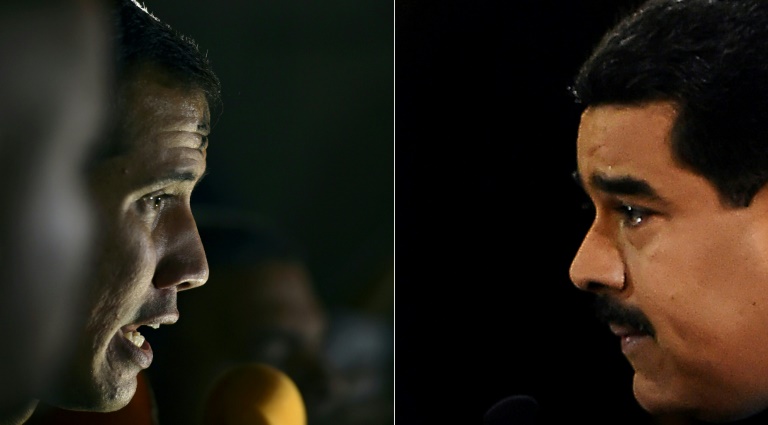 returned to the negotiating table in Mexico City on Friday, with President
Nicolas Maduro's rivals demanding guarantees of free and fair elections in
return for sanctions relief.

The main opposition alliance announced this week that it would end a
three-year election boycott and take part in mayoral and gubernatorial polls
in November.

The move came after the two sides last month began negotiations mediated
by Norway and hosted by Mexico in a bid to solve the political crisis that
has marked Maduro's eight-year rule.

"Our aim is to reach an agreement that resolves the conflict through a
free and fair presidential and parliamentary election, with guarantees,"
opposition leader Juan Guaido said in a video posted on social media.

"We all know that today there are no conditions for a free and fair
electoral process in Venezuela. That's why we're in Mexico. We're fighting to
achieve these conditions," he said.

The talks have a seven-point agenda including easing sanctions, political
rights and electoral guarantees -- but not the departure of Maduro, accused
by the opposition of fraudulent reelection in 2018.

"This round can focus on perhaps the most important condition for many
actors: impartial international monitoring, which for some is a basic
condition to guarantee that the election result will be respected," said
political analyst Oswaldo Ramirez of consulting firm ORC Consultores.

The first day of talks ended Friday with no agreements reached, but talks
are set to continue through Monday.

Neither Maduro nor Guaido, who is considered president by about 60
countries, was due to personally attend the closed-door talks, which were
scheduled to run until Monday.

Previous negotiations in the Dominican Republic in 2018 and Barbados the
following year failed to resolve the crippling political and economic crisis.

"Everything possible must be done so that this negotiation process goes
well," said key opposition figure Freddy Guevara, who joined the latest
talks.

"That solution happens because we all swallow our pride," said the former
lawmaker, who was released last month after being accused of terrorism and
treason.

The government delegation chief, Jorge Rodriguez, told broadcaster Telesur
that his proposals would focus on economic and social issues and "the return
of resources that belong to Venezuela in order to meet the needs of the
entire population."

The United States has urged Maduro, a former bus driver who became
president on the death of his mentor Hugo Chavez in 2013, to make serious
efforts toward holding elections if he wants sanctions relief. Washington
hopes the dialogue in Mexico "lays the foundation for the democratic outcome
Venezuelans deserve," US State Department spokesman Ned Price said.

"We stand in solidarity with the Venezuelan people as they work to
peacefully restore democracy to their country," he added.

The opposition Democratic Unity Roundtable boycotted the 2018 presidential
vote that saw Maduro re-elected, and the 2020 legislative elections, in which
it lost control of Congress.

Guaido said that the opposition's decision to participate in the regional
elections in November was the result of "an arduous process... to fight on
another front."