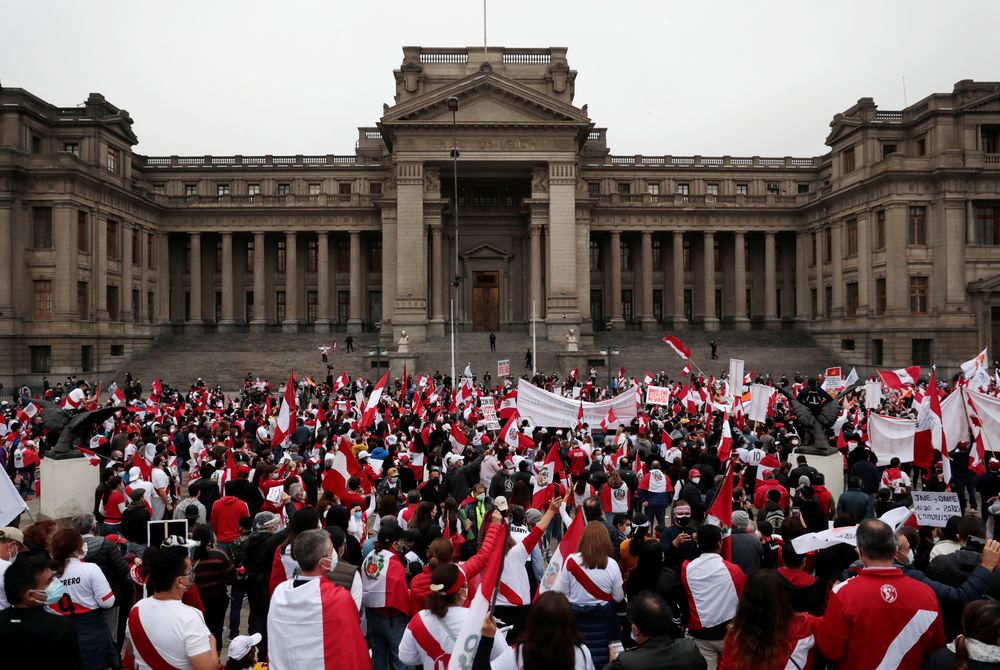 According to the unconfirmed vote count, leftist rival Pedro Castillo received 50.12 percent of ballots in the June 6 runoff election -- a lead of some 44,000 votes over Fujimori.

The final result has been delayed by a review of ballots disputed by both sides, but mainly by Fujimori who risks an imminent fraud trial unless she becomes president, in which case the corruption case against her will be shelved until after her term.

At a press conference Wednesday, Fujimori campaign member Lourdes Flores claimed they had found "statistical anomalies" in votes cast in several regions of the country.

She also claimed ballots had been cast for Castillo by fake voters using forged signatures.

On Tuesday, US State Department spokesman Ned Price commended Peru for holding elections he said were "a model of democracy in the region."

He added in a statement that "We support allowing electoral authorities time to process and publish the results in accordance with Peruvian law."

The Organization of American States has said the election was without any "serious irregularities."