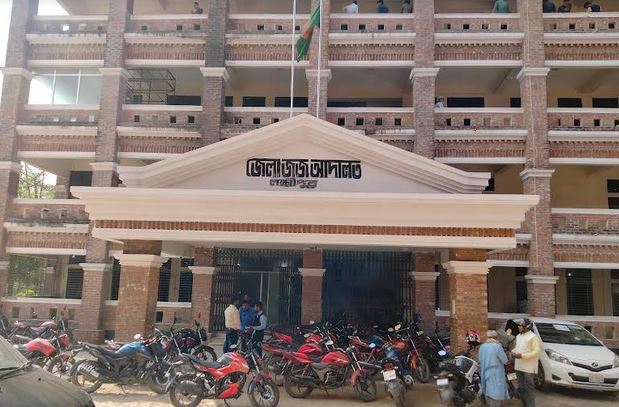 The court also fined them Taka 10,000 each, in default, to suffer one-year more in jail each.

The convicts are - Kamrul Hasan, son of Marfat Ullah, resident of Rajibpur area of Lakshmipur municipality and Mainuddin, son of Muktar Hossain, resident of Ramchandrapur village under Bahmanpara upazila of Cumilla district.

According to prosecution, on a tip-off, police arrested Kamrul and Mainuddin from Kalibazar road in Matlabpur village along with 8-kg of ganja on the night of October 9, 2021 and another 8-kg of ganja was recovered on Mainuddin's confession from a rented house of Dakshin Majupur area of the district town.

Later, police submitted charge-sheet against them on November 15, 2021.

After examining witnesses, the court found them guilty and handed down the punishment today.