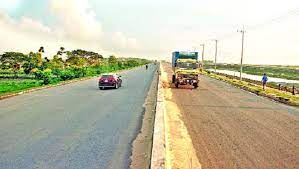 CHATTOGRAM, Nov 30, 2022 (BSS) - The 15.20-km long Chattogram City Outer Ring
Road from Foujdarhat to Patenga will be opened to traffic in full swing next
month.

A total of 98 percent construction work with four lanes from Patenga to
Sagarika on the existing coastal embankment protecting Chattogram port city
under the project, increasing the existing height of embankment from 20-23
feet to 30-33 feet has already been completed this month.

M Zahirul Alam Dobhas, Chairman of Chattogram Development Authority (CDA)
said limited traffic has been introduced considering the suffering of the
people, though the construction of City Outer Ring Road has not been
completed yet.

`More than 98 percent construction work has been completed. It may take more
time to complete the work on the connecting roads,' he added.

Hasan Bin Shams, Project director of city outer ring road said the pavement
construction of the road has been completed and the main road has already
been opened for traffic in limited scale.

He said, `Besides, 98 percent of the substructure works and 79 percent of the
superstructure of the flyover under construction on the ring road adjacent to
the Sagarika Cricket Stadium have been completed. While construction work of
feeder road is going on'.

Hasan Bin Shams said the overall construction work and beautification work of
the road has been completed. The road is built about 32 feet above from sea
level. A total of 12 bridges and sluice gates have been constructed on the
project.

He said the construction work had been postponed for about three months due
to the coronavirus. Otherwise, the road would have been built long ago. The
carpeting works is almost over.

Donor agency JICA provided funding after a feasibility study on the 15.2- km
road from Patenga beach to Faujdarhat. The main construction works of Outer
Ring Road started in July 2016. Initially, the cost of the project was
estimated at Taka 865 crore, but after two amendments, it now stands at
around Taka 26,75.96 crore.