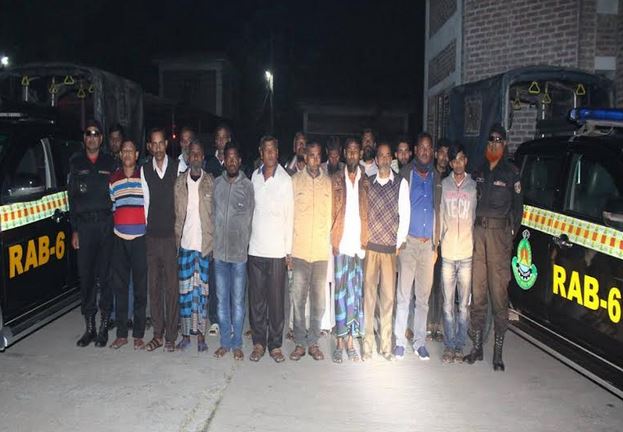 Acting on a tip-off, a team of RAB, Jhenidah camp, conducted drives at different places of Sadar Upazilas of Magura and Jhenidah districts and arrested prime accused Hanif Mondal along with his accomplices from Magura bus terminal area today, said a press release.

The arrestees primarily confessed to RAB that they were involved in the murder of Sayeed.

Supporters of UP Member Kafil equipped with lethal weapons attacked the followers of another UP Member Mannan over establishing supremacy at Umedpur union under Shailkupa Upazila in Jhenidah on November 16, 2022, leaving Sayeed Hossain seriously injured.

He was rushed to a local health complex where the duty doctor declared him dead, said the press release.

Rafiz Biswas, brother of the deceased, filed a case with Shailkupa Police Station on November 17, 2022.

All of the arrestees were handed over to Shailkupa Police Station.