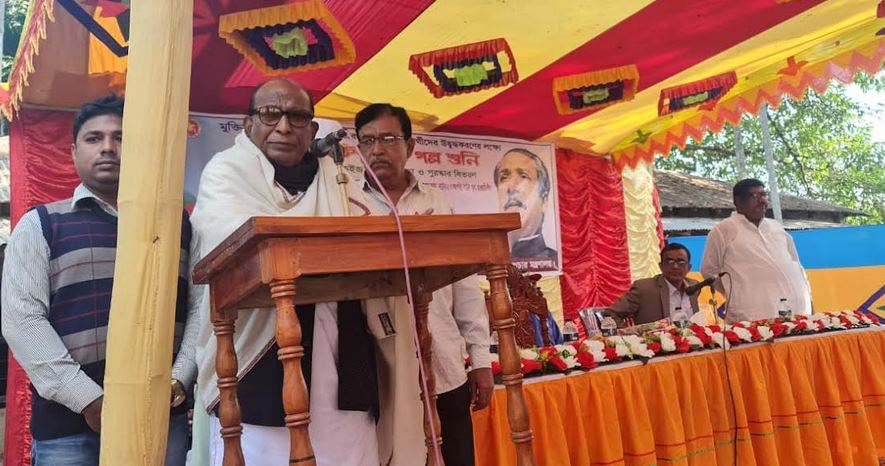 NATORE, Nov 27, 2022 (BSS)-‘Esho Muktijuddher Galpo Shuni’ a programme on the memories of the War of Liberation, was held at Ramagari High School under Baraigram Upazila here today.

Veteran Freedom Fighter Principal Abdul Quddus who is the President of Natore district Awami League (AL) told the stories on his experience in the Liberation War in the function.

Abdul Quddus said, the Liberation War is the great achievement in his life. ‘True history of liberation war must be revealed to the new generation” he added.

President, managing committee of the school Zillur Rahman chaired the function that was addressed among others by district Information Officer Mohammad Ali.