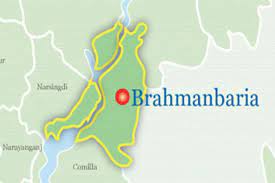 BRAHMANBARIA, Nov 26, 2022 (BSS) - Two people, including a woman, were killed in two separate train accidents in the district today.

The identities of the victims could not be known immediately.

The woman of about 30/35 years of age died after being crushed under the wheels of the Sylhet-bound Parabat Express train while trying to board the vehicle during its departure from the Brahmanbaria station after a break, he said.

The man was crushed to death by another train at Talshahar Station. Police recovered his body but could not find out details about the train involved in the incident.

The law enforcers have sought assistance from the District Police Bureau of Investigation (PBI) to identify the victims, the SI added.