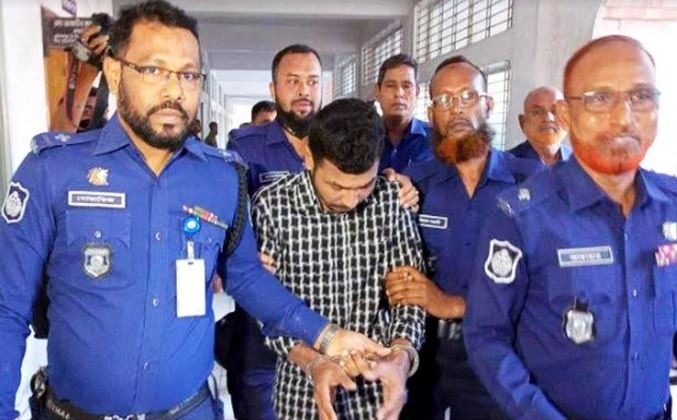 RANGPUR, Nov 24, 2022 (BSS) - A court here today sentenced a youth to life term imprisonment for raping his girlfriend in village Kazipara under Taraganj upazila of Rangpur district more than two years ago.

At the same time, the court fined the convicts Taka 5,000, or in default, to undergo one more month in prison.

The court also acquitted four other accused persons as the charges brought against them were not proved during the hearing of the case.

Judge of the Women and Children Repression Prevention Tribunal-3 of Rangpur M Ali Ahmed handed down the sentence in presence of the convict.

Prosecution says accused Mithun Sheikh of village Kazipara had a love affair with a girl of the same village.

Following their relation, Mithun raped the girl against her will on the basis of love relationship on December 7, 2020.

A case was filed in this connection with Taraganj police station on December 11, 2020.

After investigation, Investigating Officer of the case Sub-inspector of Taraganj police station Mamtaser Hasan Masum submitted the charge sheet against five persons to the court on May 29, 2022.

After testimony and cross-examination of the witnesses, the court found Mithun Sheikh guilty and announced the verdict against him and acquitted the remaining four accused.

The court also directed the authority concerned to take action against Investigating Officer Mamtaser Hasan Masum for purposefully involving the acquitted accused in the case.