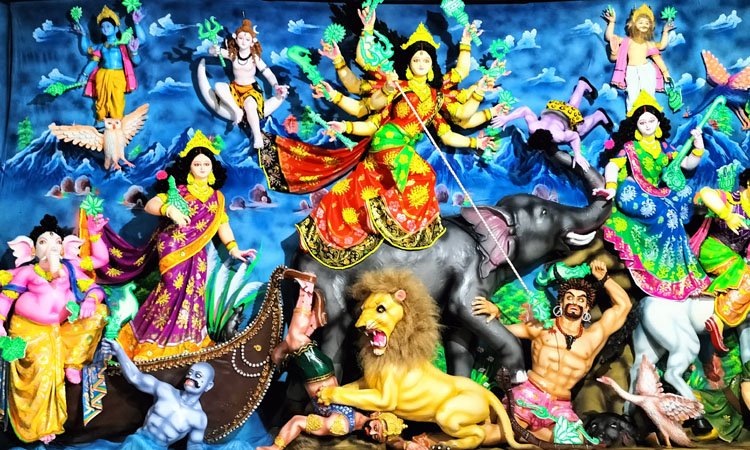 GOPALGANJ, Sept 30, 2022 (BSS) - The Hindu community will begin five-day celebrations of their greatest religious festival of the Durga Puja with 'Bodhan' tomorrow amid religious fervor and gaiety in the district.

The festival will begin tomorrow (on October 1) with due respect and religious fervor across the country and end on October 5 with immersion of the idols of goddess Durga and other deities.

The Sanaton devotees will start thronging 1,280 puja mandaps erected in five upazilas of the district from the tomorrow morning to take a glance at goddess Durga and seek her blessings for their welfare and well-being of humanity as a whole.

President of Gopalganj District Puja Udjapon Parishad Dr Asit Kumar Mallik said the Hindu community will begin celebrations of the Durga Puja festival amid huge enthusiasm at all puja mandaps erected in the district from tomorrow.

Prime Minister Sheikh Hasina has given a donation of Taka 3,15,000 for the Kotalipara Puja Mandap from her person fund, President of Kotalipara Upazila Awami League Bhabendra Nath Biswas said.