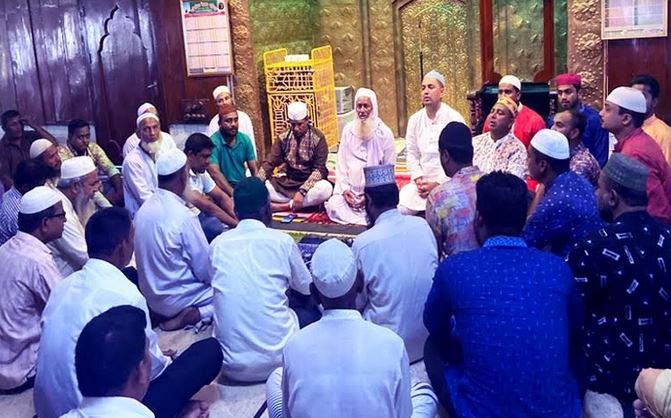 today celebrated the 76th birthday of Prime Minister Sheikh Hasina through
daylong programs with a fresh vow to build a developed Bangladesh under her
leadership.

The district and city units of AL and its associate bodies brought out
rallies, organized milad and doa mehfils at mosques, distributed food to the
poor and orphans and arranged discussions with participation of leaders and
workers to celebrate the birthday of Sheikh Hasina.

In the evening, the district Awami League organized a milad mehfil followed
by offering special munajats and discussion at its office in Betpotti area of
the city.

The city unit of AL organized a discussion followed by milad mehfil at its
office in the evening with its President Shafiur Rahman Shafi in the chair.

The speakers congratulated Sheikh Hasina on her birthday and sought divine
blessings for her sound health, long life and continuous success in building
a prosperous 'Sonar Bangla' as dreamed by Father of the Nation Bangabandhu
Sheikh Mujibur Rahman.

They called upon leaders and workers of AL and its associate bodies to
further strengthen the hands of Sheikh Hasina to accelerate the pace of
national advancement for building a hunger-free, prosperous and developed
Bangladesh by 2041.

Advocate Razu said the nation is on the way to build a developed 'Sonar
Bangla' under the farsighted leadership of Bangabandhu's daughter Prime
Minister Sheikh Hasina to finish his incomplete task.

Mamtaz Uddin urged party leaders and workers to remain alert against any
conspiracy of the defeated forces of 1971 for smooth continuation of
development under the leadership of Prime Minister Sheikh Hasina for building
a developed Bangladesh.